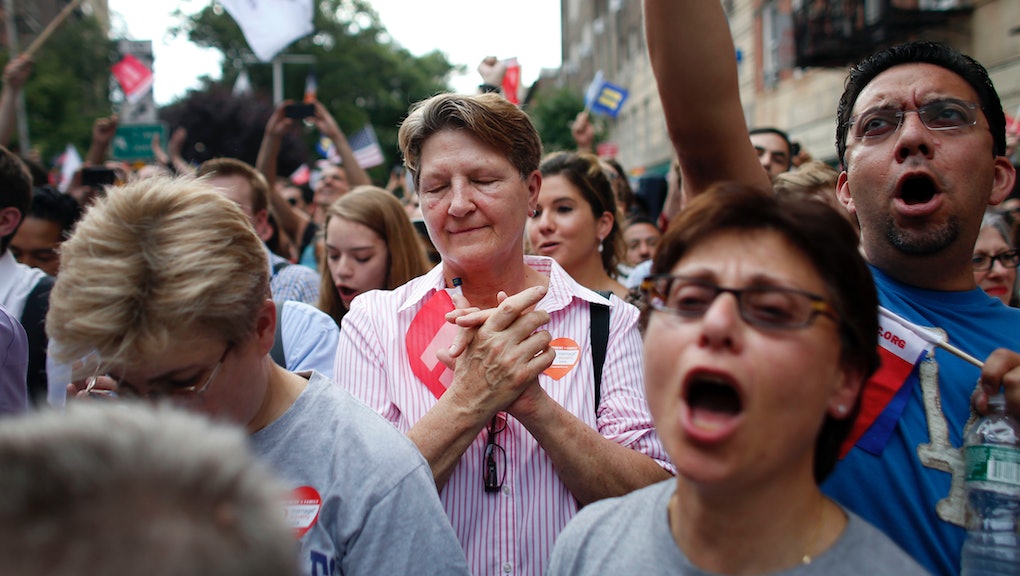 Remember that time you chained yourself to a tree in college to prevent "the man" from cutting it down? Contrary to what everyone probably said, you may have been motivated more by logic than by emotion.

The news: People who are more sensitive to the ideas of fairness and equity are driven by reason, not just passion, according to a recent University of Chicago study published in the Journal of Neuroscience.

For decades, social science researchers have focused on the role of emotion in activist movements. A 1996 study of the 1960s civil rights movement, for example, examined how Freedom Riders used songs and speeches to express anger, sadness and frustration and to encourage others to become involved in the movement on an emotional basis. Similarly, New York University sociologist Jeff Goodwin wrote in his 2001 book on the subject that animal rights supporters "describe their journey into activism in terms of their emotional attachment to animals."

As it turns out, when people who are more responsive to injustice see things happen that they find morally wrong, such as abuse or race-based inequality, their minds respond by accessing the sections of the brain responsible for logic and reasoning. When they view examples of people acting morally just, such as giving equal rights to a marginalized group or protecting animals from harm, their brains respond in the same way.

The details: A team of researchers led by University of Chicago neuroscientist Jean Decety monitored participants' brain activity using an fMRI while they watched videos of people exhibiting morally good or bad behavior. One of the clips showed someone putting money in a beggar's cup, for example, while another showed someone violently kicking the cup away. Those who said they felt more emotionally triggered by the action on the screen also exhibited more action in the areas of their brain associated with planning, organizing and logical thinking.

Why it matters: The research suggests that human rights and environmentalist organizations could get more public support by appealing to people's sense of logic and reason rather than to their emotions. Efforts to combat global warming, for example, saw a surge in public support after scientists and statisticians began publishing data about how much sea levels and temperatures would rise instead of sad polar bears on a floating iceberg.

Perhaps your activist alter-ego was more level-headed than you thought.