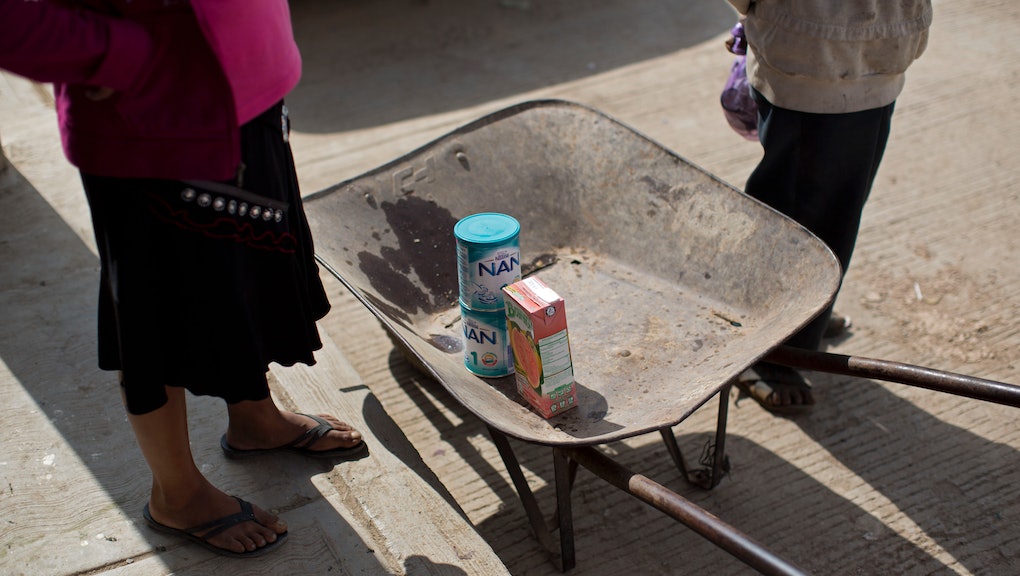 The news: When it comes to poverty, Mexico tried something so simple, it's a wonder more places don't put it in practice.

While most anti-poverty programs dole out goods and services like food, livestock or medical care, Mexico simply handed out cash. It cuts against the assumption that the needy don't understand how to spend their money by trusting them with cash. And it worked.

The project began in 2003. Households across 200 villages were randomly assigned to receive either no aid, traditional aid or cash. Both cash and goods led to more food consumption than nothing, obviously. What's less obvious is that those given cash bought the same amount of food as those who were given food.

An MIT study last year held up the idea that cash transfers can help address poverty. By looking at Kenyan families who received cash through a nonprofit called GiveDirectly, the researchers found that cash reduced hunger, was spread around food, medical care, business investment and social expenses, did not increase consumption of alcohol or tobacco and helped family members' psychological well-being.

Not all cash transfers are the same; the study found that smaller monthly transfers helped with regular expenses like food, whereas larger lump sum transfers were more likely to be used on larger expenses like a new roof.

The takeaway: In trusting people to make their own decisions with their aid money, Mexico and other countries and organizations that switch to cash transfers also reduce inefficiencies on their own end. It costs money to decide on and distribute goods; administrative costs took up 20% of Mexico's food aid in the program, but just 2.4% of its cash.

In addition to higher administrative costs, distributing goods runs the risk of not adequately addressing people's needs. Maybe a family could use some textbooks, but would really be better off spending on medical care. Maybe it helps them to receive a goat from a nonprofit, but it would help them a lot more if they could stash away a goat's worth of money in case something in the house breaks. Maybe they just don't want powdered milk.

Why give out goods at all then? From a government angle, it can come from a desire to make sure the food being eaten is nutritious and that the money is being spent in the right place, even though the family would likely know better than anyone how to spend it. From a nonprofit standpoint, it can boil down to getting donations. Just like a gift card can seem more personal than cash in an envelope for someone's birthday, people like having a product (a goat or textbooks or a specific operation) they can pass along.

But take it from Mexico and from grandmas the world over — cash makes an even better present.