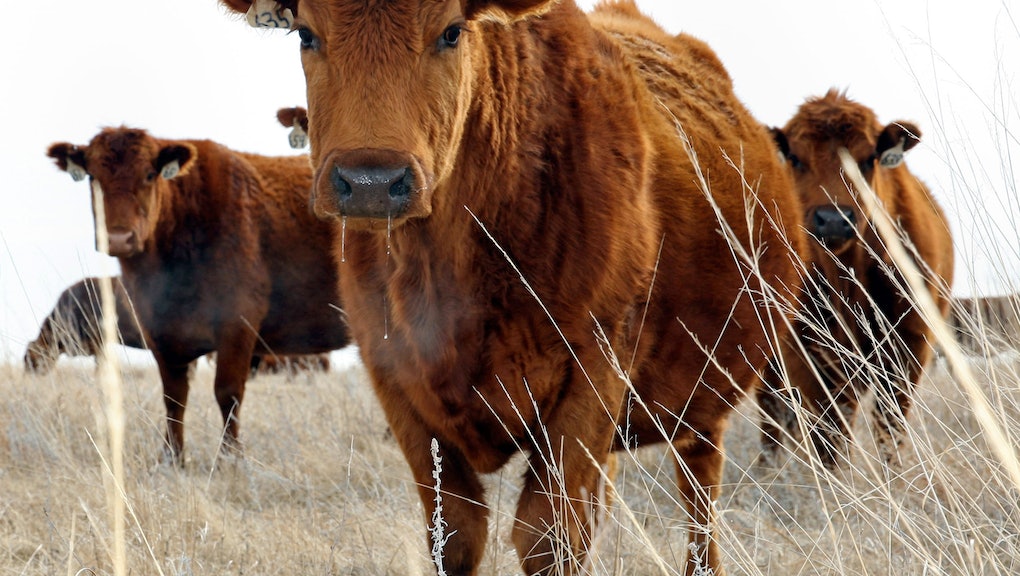 Want to address climate change, but don't trust governments to take on the problem? You have one option that may help: Go vegetarian.

Why the difference? Greenhouse gas emissions come at every level of agriculture, from farming to transportation and storage. In total, agriculture accounts for 14% of global emissions.

An earlier study found that adjusting farming practices, including raising and consuming less meat, could produce up to a 90% drop in agricultural emissions.

What you can do: If everyone in the U.S. went vegetarian, it would be the equivalent of taking 46 million cars off the road. Take a quick glance at the barbecues going on July 4th, though, and you'll know that's easier said than done.

If everyone in the U.S. took one day a week to not eat meat or cheese, it would be like taking 7.6 million cars off the road.

So your vegetarian and vegan friends are right, they really are helping them environment. Just don't tell them that at dinner, or you'll never hear the end of it.