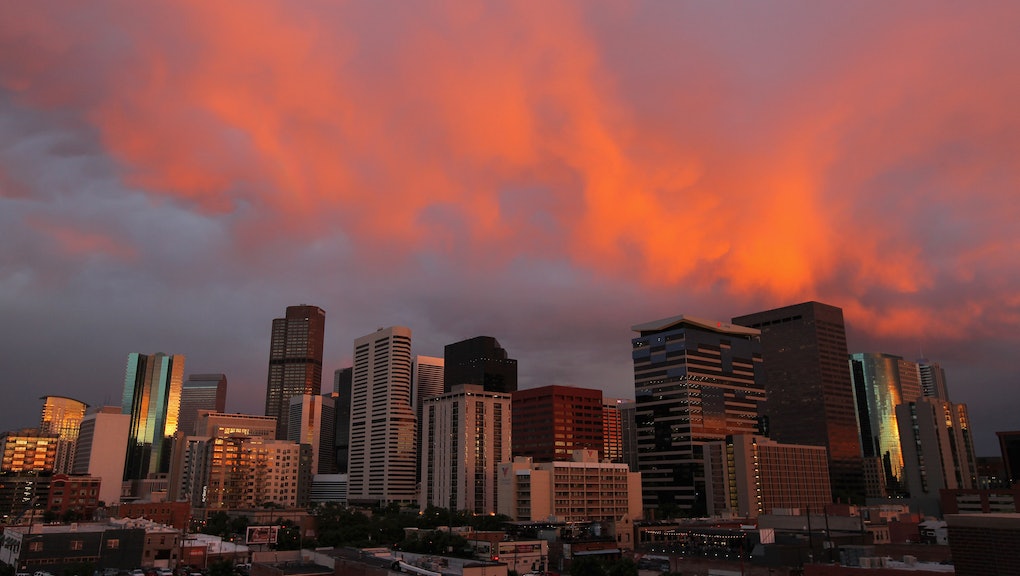 It's now been six months since Colorado enacted its historic marijuana legalization policy, and two big things have already happened:

1. Colorado's cash crop is turning out to be even more profitable than the state could have hoped.

In March alone, taxed and legal recreational marijuana sales generated nearly $19 million, up from $14 million in February, Mic's Tom McKay reports. The state has garnered more than $10 million in taxes from retail sales in the first four months, according to the state’s department of revenue — money that will go to public schools and infrastructure, as well as for youth educational campaigns about substance use.

According to his latest budget proposal, Gov. John Hickenlooper expects a healthy $1 billion in marijuana sales over the next fiscal year. That's nearly $134 million in tax revenue, according to reports. Sales from recreational shops are expected to hit $600 million, the Huffington Post reports, which is a more than 50% increase over what was originally expected.

Marijuana-related arrests, which as USA Today notes make up 50% of all drug-related crimes, have plummeted in Colorado. This has in turn freed up law enforcement to focus on other criminal activity. By removing marijuana penalties, the state is estimated to save somewhere between $12 million and $40 million, according to the Colorado Center on Law and Policy.

According to government data, the Denver city- and county-wide murder rate has dropped 42.1% since recreational marijuana use was legalized in January. This is compared to the same period last year, a time frame encompassing Jan. 1 through May 31. Violent crime in general is down almost 2%, and major property crimes are down 11.5% compared to the same period in 2013.

As the Huffington Post notes, this is a far cry from wild-eyed claims by legalization opponents that legal weed was the devil's work and Colorado would see a surge in crime and drug use.

"I think our entire state will pay the price." Gov. Hickenlooper at one point said. "Colorado is known for many great things — marijuana should not be one of them"

With only a quarter of the year's data to work from, it may be too soon to definitively attribute these changes to marijuana legalization, but the possibility of a correlation is certainly worth reporting.

We are witnessing the fruits of Colorado's legal weed experiment, and those fruits are juicy indeed.

Of course, Gov. Hickenlooper has completely changed his tune, saying, "While the rest of the country's economy is slowly picking back up, we're thriving here in Colorado."

With the fall of prohibition, the marijuana industry has developed rapidly, generating thousands of new jobs. It is estimated by one marijuana industry group that there are currently about 10,000 people directly involved with the blossoming weed industry, with up to 2,000 people having gained employment in the past few months alone.

A policy gamble that anti-marijuana activists warned would turn Denver into a drug-infested hellscape has provided the city and state with numerous benefits, and set the stage for more states and cities to follow suit.

Meanwhile, in Washington: In yet another sign that 2014 is shaping up to be the year of marijuana reform, the Department of Drug Enforcement (DEA) is waving a white flag and surrendering on a crucial policy issue that has kept legalization from gaining traction across the nation. They are now asking the Food and Drug Administration to remove marijuana from its list of the most dangerous and harmful drugs (which includes cocaine and heroin). This could signal a radical shift in the way our government regulates and enforces weed. Marijuana advocates applaud the decision as a necessary policy step towards eventual legalization. This helps remove a critical roadblock that has been a wet blanket on marijuana legalization on both local and federal levels. But it is, of course, the first step of many.

Then there's the city of Washington, D.C., itself. This November, it is all but certain that the District will vote on a marijuana ballot measure and even pass it, setting up a battle with Congress to legalize. This could be the most important battle yet in the marijuana prohibition fight; D.C. is considered a staging ground for many local policies that get enacted throughout the country, and a victory for pot here could open avenues elsewhere.

America agrees: Public opinion has never been more in favor of decriminalizing possession of small amounts of pot. An October 2013 Gallup poll found that 58% of adults favored legalizing marijuana for adult use.

If you're staring at these stark numbers and wondering why the government even bothers, you're not alone.