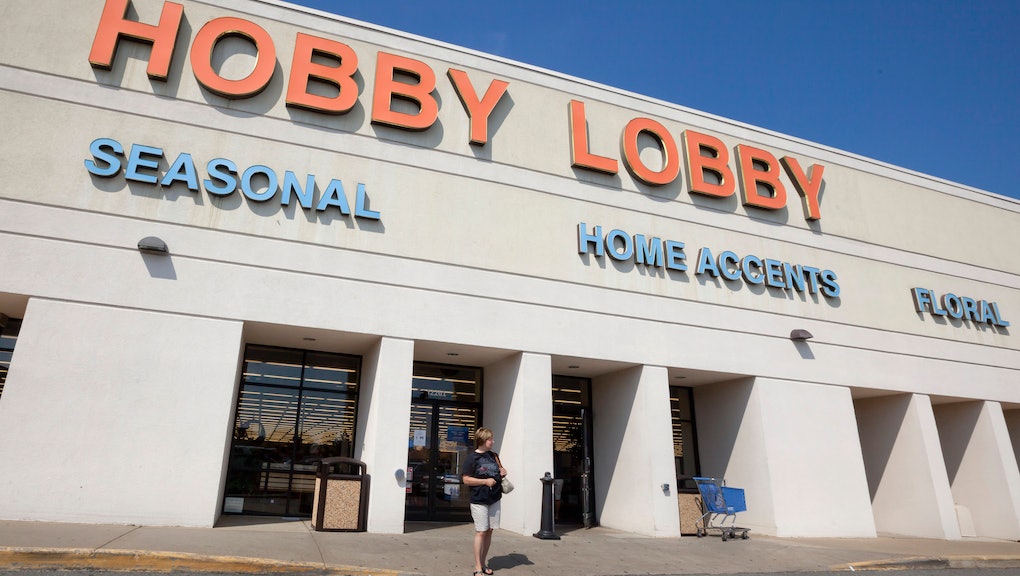 The news: In a win for religious conservatives, the Supreme Court on Monday handed down a remarkable 5-4 decision in the controversial Burwell v. Hobby Lobby case explaining that corporations cannot be required to provide contraception coverage.

In plain English, the Supreme Court ruled that closely-held corporations (i.e. a company in which at least 50% of the stock is held by less than five people) have the same religious rights as people. Similar to churches being exempt from the Obamacare mandate, the court is saying corporations are as well.

More, a business can determine a person's medical options, including women's birth control (as was at stake in Hobby Lobby). Your boss has a say on your birth control options.

It's a big victory for religious freedom. The court said the government pushed the line by forcing companies to follow health care guidelines — including providing birth control — when said companies felt their religious rights were at stake.

One note: It does not provide a shield for employers who might cloak illegal discrimination as a religious practice.

Using the 1993 Religious Freedom Restoration Act (RFRA) — a federal law which looks to prevent other laws from curbing a person's right to exercise their religion — the court decided that Hobby Lobby's rights were being violated by Obamacare.

There's also the whole are corporations people? question being asked again (a la Citizens United). At the appeals court level, Hobby Lobby won an exemption to deny employee access while the Third Circuit Court decided that "Corporations can't be religious."

1) This opens the gateway for other companies to impose religious beliefs on employees.

The SCOTUS ruling determines how far religious freedoms can extend, and to what degree they can be imposed on others. Either way, religious conservatives come out on top.

How did we get here? Hobby Lobby, the for-profit craft chain store, along with co-plaintiff Conestoga Wood Specialties Corp. have sued the federal government because they want their strong religious objections to be one of the guiding principles applied to their employees' health care coverage. Simply put, the companies don't want to pay for employee birth control, or pay a fine if they do not comply with the Obamacare mandate, because of their faith.

Both sides camped outside the Supreme Court in Washington, D.C., ahead of the decision.