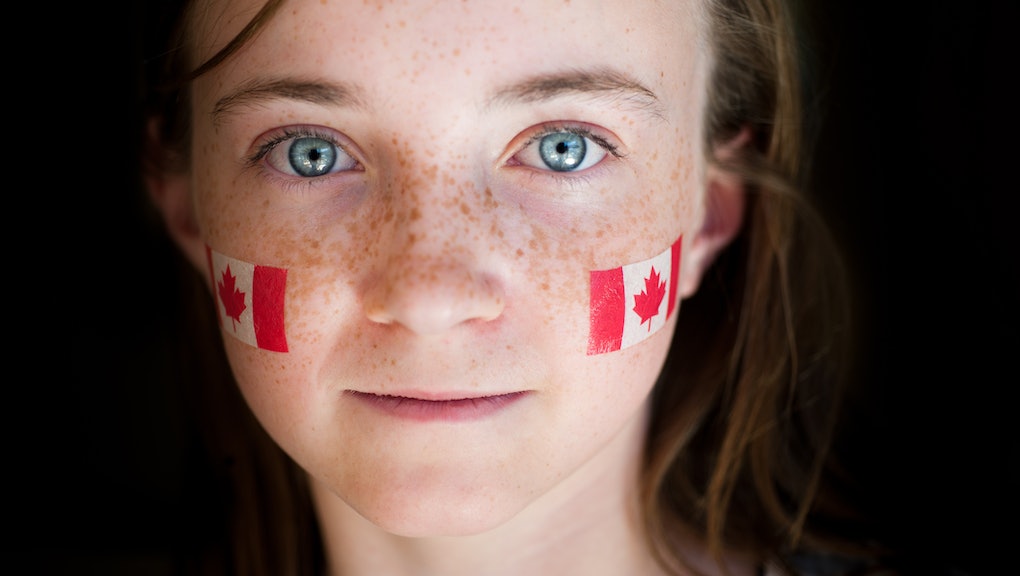 The news: Academics and activists are floating around an ambitious plan to guarantee a national income level of 20,000 Canadian dollars (around $18,750) — replacing social welfare programs entirely and making a hike in the minimum wage look like peanuts.

It's definitely a radical proposal. Under the new scheme, Canadians wouldn't be required to work in order to qualify for a modest income. Desperate poverty might cease existing altogether. Unemployment wouldn't seem so bad anymore. It would help reign in soaring income inequality, and give citizens more breathing room to pursue their goals in life.

Demos' Matt Bruenig estimates that a $3,000 payment to every American would cut poverty in half. Only give the income to the qualifying poor and the number drops. $175 billion annually could bring every American above the poverty line. Belgian philosopher Philippe Van Parijs says a universal basic income would give citizens "the real freedom to pursue the realization of one's conception of the good life," whether that means retiring early and going fishing or starting a business.

Basic Income Canada Network campaign director Rob Rainer says that "For many of us, we think the goal is no one should be living in poverty. That's essentially what we're striving to achieve." The lowest minimum wage in Canada, C$9.95, comes to around C$19,900 per year assuming 50 full-time work weeks.

The background: The biggest difference between a guaranteed system and the status quo is that recipients get money regardless of their employment status.

While it does sound like a major departure from traditional welfare systems, Canada isn't the first to propose a guaranteed national minimum income. President Nixon, of all people, proposed a similar program for families in the 1960s. Switzerland will consider a referendum to set a minimum national income level of around $33,000 this year. A $17 million 1973-1974 test program in Dauphin, Manitoba, improved the overall health of the community and reduced hospital visits.

In both Canada and Switzerland, a guaranteed minimum national income has some bipartisan support.

Leftists and liberals argue that the money will support low-income individuals and families as well as prop up national economies. They also argue it would allow low-income workers to level the playing field with their employers by giving them some financial breathing room. Some conservatives believe direct cash payments to lower-income people will enable bigger cuts in expensive social services as well as eliminate layers of unnecessary bureaucracy.

Every European country has some form of welfare program designed to keep citizens out of poverty except for Italy and Greece. The most generous is Denmark, whose poorest citizens receive about $1,800 a month. Several countries have some form of guaranteed national income program, including much of Europe.

The world's highest minimum wage is in Seattle, which recently passed an ordinance to raise it to $15.

Why you should care: Guaranteed income schemes are fighting an uphill battle to even be taken seriously as a matter of policy, meaning that it's unlikely in Canada and nearly unimaginable in the U.S. (Switzerland is a toss-up, having rejected a $24.65 minimum wage increase last month.) But at some point in the future, guaranteed income could replace other forms of social welfare administered by state or federal governments.