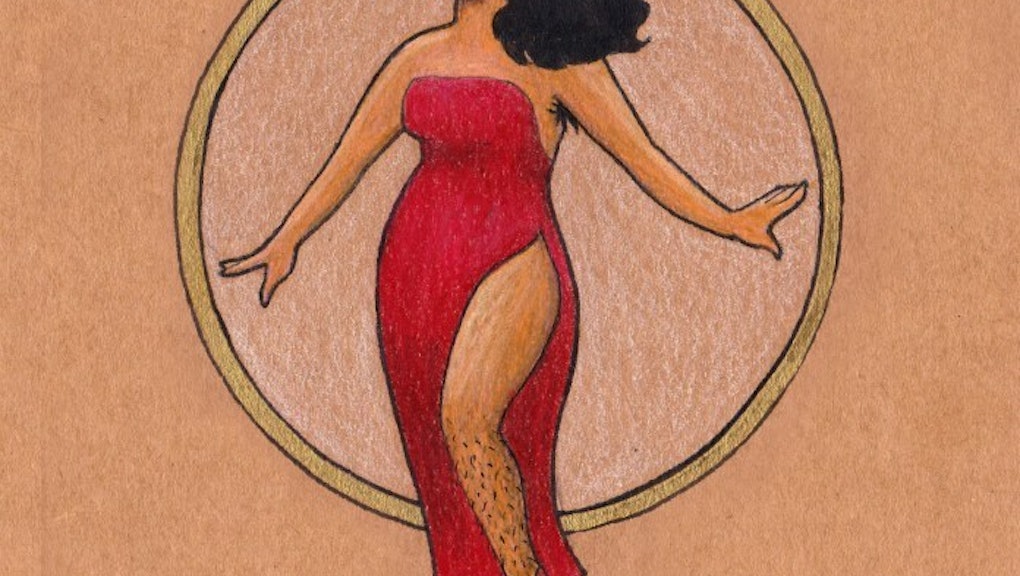 When Brazilian graphic designer Carol Rossetti began posting colorful illustrations of women and their stories to Facebook, she had no idea how popular they would become.

Thousands of shares throughout the world later, the appeal of Rosetti's work is clear. Much like the street art phenomenon Stop Telling Women To Smile, Rossetti's empowering images are the kind you want to post on every street corner, as both a reminder and affirmation of women's bodily autonomy.

"It has always bothered me, the world's attempts to control women's bodies, behavior and identities," Rossetti told Mic via email. "It's a kind of oppression so deeply entangled in our culture that most people don't even see it's there, and how cruel it can be."

Rossetti's illustrations touch upon an impressive range of intersectional topics, including LGBTQ identity, body image, ageism, racism, sexism and ableism. Some characters are based on the experiences of friends or her own life, while others draw inspiration from the stories many women have shared across the Internet.

"I see those situations I portray every day," she wrote. "I lived some of them myself."

Despite quickly garnering thousands of enthusiastic comments and shares on Facebook, the project started as something personal — so personal, in fact, that Rossetti is still figuring out what to call it. For now, the images reside in albums simply titled "WOMEN in english!" or "Mujeres en español!" which is fitting: Rossetti's illustrations encompass a vast set of experiences that together create a powerful picture of both women's identity and oppression.

One of the most interesting aspects of the project is the way it has struck such a global chord. Rossetti originally wrote the text of the illustrations in Portuguese, and then worked with an Australian woman to translate them to English. A group of Israeli feminists also took it upon themselves to create versions of the illustrations in Hebrew. Now, more people have reached out to Rossetti through Facebook and offered to translate her work into even more languages. Next on the docket? Spanish, Russian, German and Lithuanian.

It's an inspiring show of global solidarity, but the message of Rossetti's art is clear in any language. Above all, her images celebrate being true to oneself, respecting others and questioning what society tells us is acceptable or beautiful.

"I can't change the world by myself," Rossetti said. "But I'd love to know that my work made people review their privileges and be more open to understanding and respecting one another."

Check out some of Rossetti's illustrations below.

All images courtesy Carol Rossetti and used with permission. You can find more illustrations, as well as more languages, on her Facebook page.