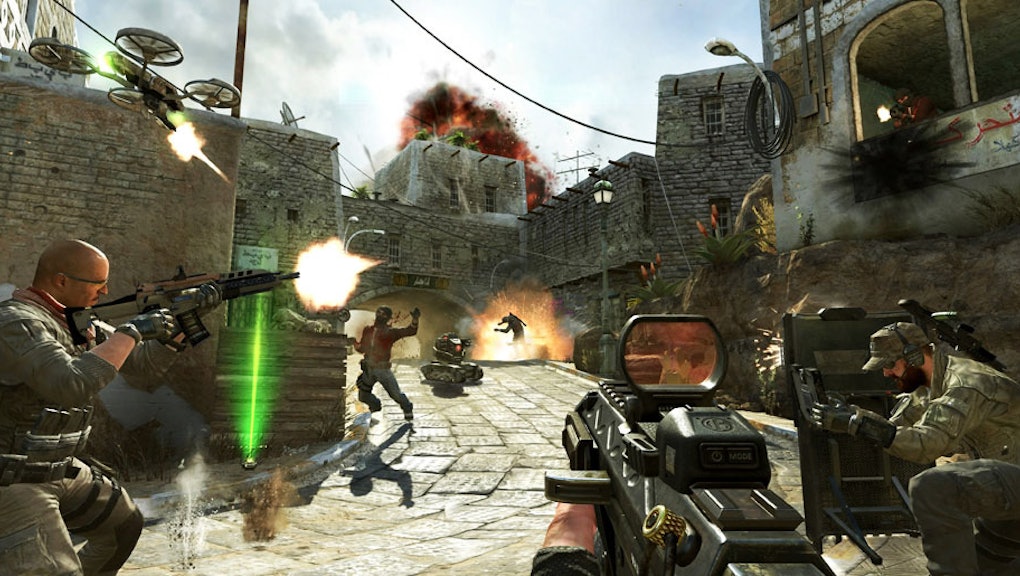 The Surprising Emotion You Feel After Playing Violent Video Games

You've beaten every level, killed every enemy and defeated every boss. You put down the controller and feel ... guilty?

A new study from researchers at three universities shows that video games may have a larger emotional effect on you than you think. But the real takeaway may be surprising — participants who took "immoral" actions while playing felt guilty about it later on, leading to increased moral sensitivity and other potentially positive behaviors.

"Guilt lets us know we've done something wrong," lead author Dr. Matthew Grizzard, a professor at the University of Buffalo, told Mic. "It's an action that we've done and we feel bad about. Guilt mostly leads to people trying to make amends."

The experiment: To test gamers' emotional responses, 185 college students were randomly assigned to play either a video game or a memory game. Afterward, participants completed a guilt scale and a "moral foundations questionnaire."

The game in question was a shooter in which students played as either a UN soldier or a terrorist. In the memory exercise, they were asked to remember a time they felt particularly guilty or simply describe an ordinary day.

While those who were told to remember a real-life example of guilt felt most guilty, participants who played as terrorists also came out of the experiment feeling guilty and showing a stronger sensitivity to issues of morality. The researchers theorize that the video game experience could lead to increased generosity and a greater sense of fairness.

What it means: Grizzard notes that it provides a counterpoint to the popular argument that violent video games poison minds, but doesn't prove that video games are going to save the world either.

"I try to situate myself not in either camp — a lot of it has to do with what's actually going on in each individual gamer's mind," he explained to Mic. "You could argue that games do lead to increased aggression, but at the same time you can argue that they make us think about the consequences of our real world actions."

One thing it does prove is these games are more than just mindless entertainment.

"We know from lots of research on media and its effects that we oftentimes respond to media as if it were real," Grizzard said. "Maybe they're not just pixels on a screen."