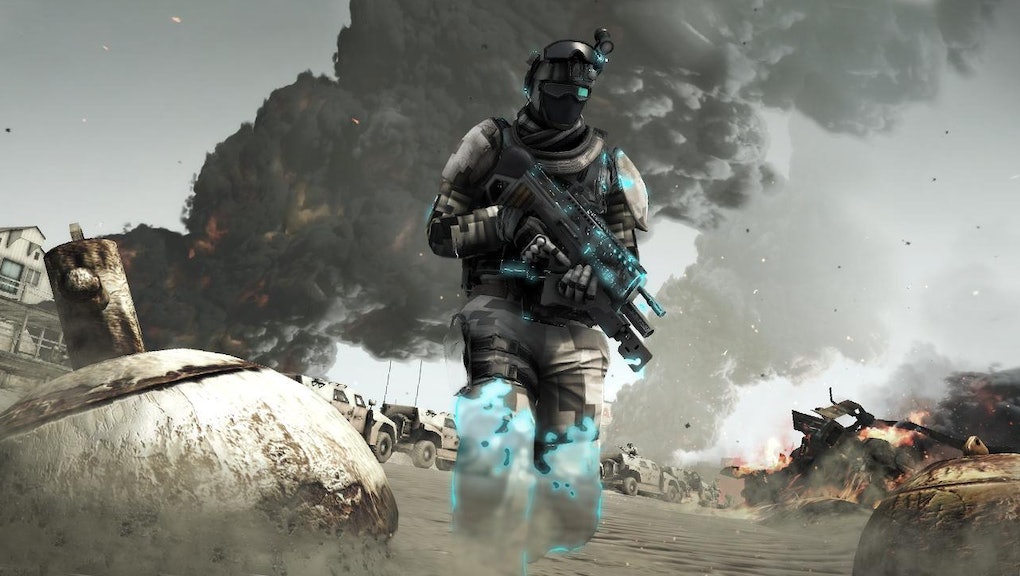 The news: Biological warfare might be the next big concern for the military, but it has come up with an appropriately sci-fi invention of its own: genetically engineered blood.

A new study funded by DARPA, the scientific research arm of the military, has figured out how human red blood cells can be modified to produce and deliver protein antidotes and other antibody-based medicines throughout the body. With blood transfusions, these cells could theoretically neutralize biological toxins for soldiers on the battlefield.

"We wanted to create high-value red cells that do more than simply carry oxygen. Here we've laid out the technology to make mouse and human red blood cells in culture that can express what we want and potentially be used for therapeutic or diagnostic purposes," Harvey Lodish of the Whitehead Institute for Biomedical Research in Massachusetts told the Independent.

It's a bit wild but the study published in the journal Proceedings of the National Academy of Sciences has already tested the theory on mice successfully. Because red blood cells lack chromosomes, the genetic engineering is relatively safer because they cannot replicate to produce cancerous tumors; the cells also circulate throughout the body for up to four months, providing longer-term protection.

What are the implications? This isn't the military's first experiment with human blood: Since 2010, DARPA has also experimented with "blood pharming," the process of using umbilical cords to generate large quantities of universal donor blood. These shipments could provide vital help for trauma care in war zones and batches are already being tested by the FDA for safety.

While the idea of having genetically engineered or modified blood in your body might make you queasy, these innovations certainly have greater medical implications for civilians as well. For instance, instead of carrying antitoxin antibodies, red blood cells can be engineered to deliver drugs to organs, remove bad cholesterol, carry proteins to treat clots and thrombosis and more. We may be years away from being cured by our own blood, but the idea is still crazy exciting.