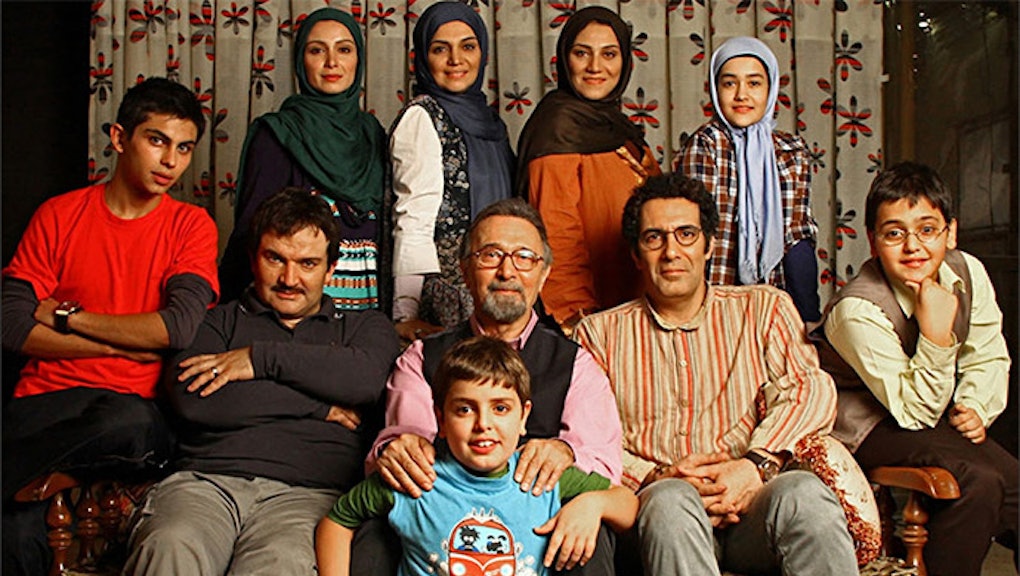 Iran Has Completely Ripped Off 'Modern Family,' Minus One Key Difference

The news: Iran's new comedy show Haft Sang is a shot-for-shot ripoff of American hit TV show Modern Family. The only differences in the unauthorized remake are that gay dads Mitch and Cam have been turned into heterosexual men or written out, the daughters have been changed into sons and other characters' gender changed to avoid pre-marital mixing of men and women.

An Iranian fan who illegally downloaded the original show posted the comparison video below: It's a fascinating look into how Modern Family is being reinterpreted within a theocratic state's confines.

The show is produced by Islamic Republic of Iran Broadcasting, which programs eight national TV channels in Iran and commissions about 5,000 hours of television annually.

The background: Iran-U.S. copyright relations are nonexistent, thanks to a trade relationship fraught with mutual hostility and crushing sanctions that squeeze the former country's middle class. So the unauthorized remake isn't particularly unusual and neither is its adherence to strict television broadcast censorship guidelines. Iran's TV viewership remains strong regardless and many Iranians consume media from outside the country with relatively little hassle over the Internet.

The clip above, however, shows that Americans and Iranians at least share a sense of humor.

Despite President Hassan Rouhani's calls for moderation, LGBT rights are still badly unprotected in Iran. Blacklists, harassment and arrest by the authorities are common, though a gay subculture does exist like in any other country. On Valentines' Day, pop star Googoosh released a queer-themed music video, infuriating the Iranian leadership. That's still a huge step forward from 2007, when Mahmoud Ahmadinejad steadfastly insisted that homosexuality didn't exist in Iran.