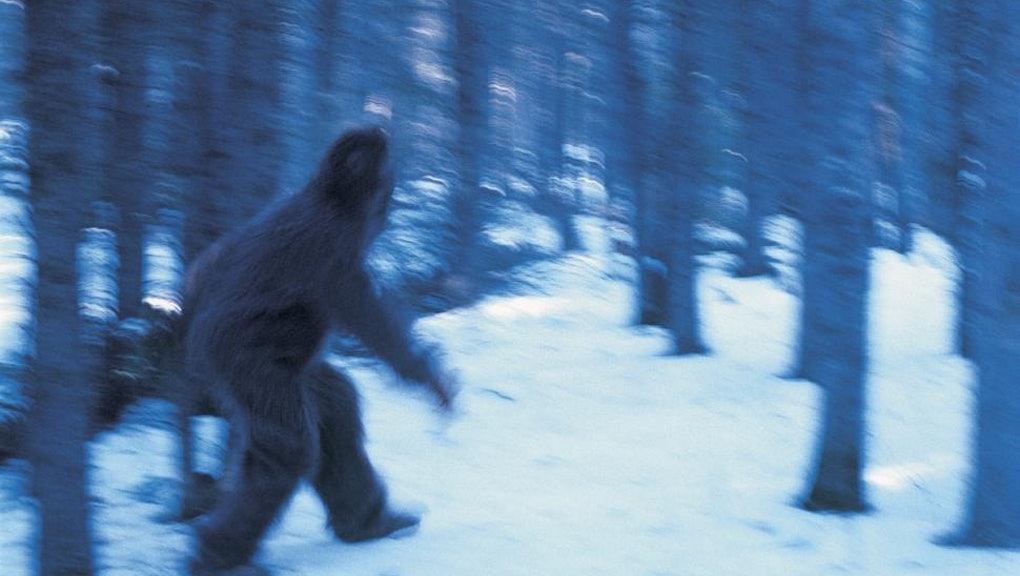 The news: Yeti, Bigfoot, Sasquatch, the Abominable Snowman — the giant primate rumored to stalk the Himalayas has largely been the stuff of legends ... until now.

A team of geneticists from Oxford University published a study this week in the Proceedings Of The Royal Society B, detailing their analysis of 36 hair samples purportedly from yetis. Nearly all of them turned out to be from common mammals such as horses, cows and even people.

But two came back with with something interesting. Upon deeper analysis, these samples were shown to have a 100% genetic match with a prehistoric bear-like creature, which was thought to have disappeared in the Pleistocene period — and which very may well be "the biological foundation of the yeti legend."

The preliminary evidence: As the researchers note, they cannot definitively say that the hair samples came from the Pleistocene bear. While they may have a 100% match, they only constitute a small fragment and the team would need a more complete sample to make a surer determination — or even better yet, a live sample.

"I don't think this finishes the Bigfoot myth at all," professor Bryan Sykes, who led the Oxford team, told NBC News. "What it does do is show that there is a way for Bigfoot enthusiasts to go back out into the forest and get the real thing."

The search continues: And while the elusive yeti may turn out to be a bear, not a primate, that means that yeti enthusiasts might have been right all along that there is a large, unidentified species roaming the Himalayas. Now, the greater scientific community is open to that idea.

"Bigfootologist and other enthusiasts seem to think that they've been rejected by science, but science doesn't accept or reject anything," Sykes said. "All it does is examine the evidence and that's what I'm doing."

Maybe we should be more like Agent Mulder and open ourselves to the world of possibilities: