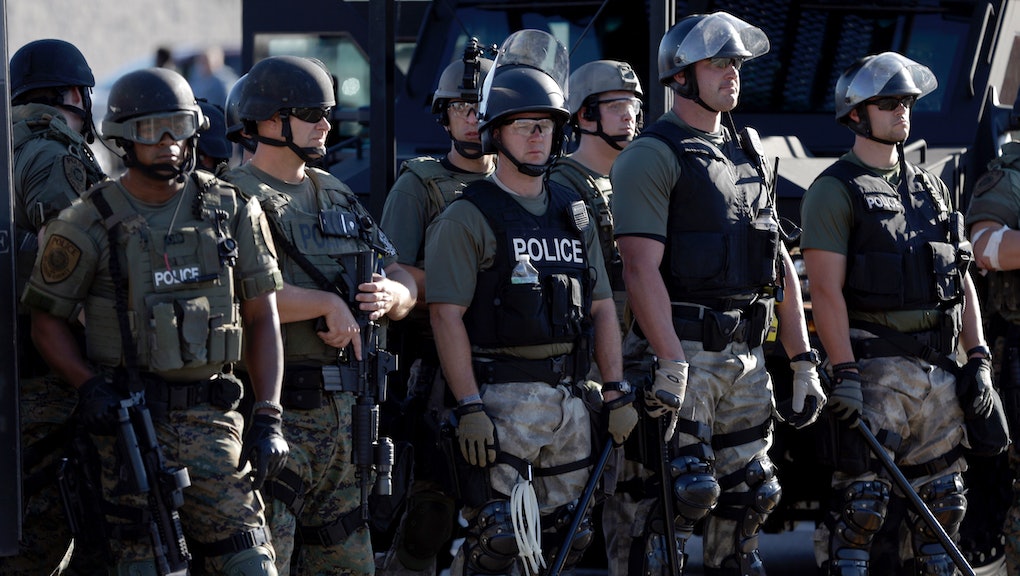 3 Years After This City Made Cops Wear Cameras, Here’s What Happened to Police Violence

As the citizens of Ferguson, Missouri, take stock of damage after the raucous protests, looting, arson and gunfire that followed a grand jury's decision to clear Officer Darren Wilson in the shooting death of unarmed teen Michael Brown, people around the country are asking: How do we solve the problem of police brutality?

A California suburb may have the answer.

In February 2012, the city of Rialto had 70 police officers take part in a controlled study in which they were required to wear a tiny camera that filmed their interactions with the public. The results were incredible: In the first year of the cameras' introduction, complaints against Rialto police officers fell by 88%, while use of force by officers fell by almost 60%. The cameras cost as little as a tenth the price of a standard-issue firearm.

Now other cities want to follow suit. The federal court in New York has ordered some police officers to carry cameras, while departments in Albuquerque, Fort Worth, Texas, and Oakland, California, have voluntarily started the practice. The test runs have been so successful they've even made their way to England and Wales, which have begun their own small-scale trial programs.

There's even a push to take a badge camera law national — a We the People petition on WhiteHouse.gov proposing a so-called "Mike Brown Law" to require state, county and local police to wear cameras has garnered more than 154,000 signatures.

The first of those questions: Is it constitutional? The idea of requiring police officers to wear body cameras at all times has been met with some opposition from those with privacy concerns: Constantly being filmed could be seen as invasive not only by officers, but by the civilians whom they interact with.

Still, proponents argue the trade-off is worth it when you consider how the technology holds police officers accountable for their actions. Last year, the American Civil Liberties Union published a position paper on the topic, highlighting the upsides of body cameras: "Although we generally take a dim view of the proliferation of surveillance cameras in American life, police on-body cameras are different because of their potential to serve as a check against the abuse of power by police officers."

Body cameras aren't a guarantee against police brutality by any means. San Diego police have declared their own camera footage inadmissible in court and regularly deny requests for the footage by the public and by journalists. There's also no way of making sure the cameras are turned on — when the Times-Picayune reviewed a body camera pilot program in New Orleans, it found that the cameras were only turned on in 34% of cases that involved the use of force.

It may take some trial and error to take Rialto's program nationwide. But one only needs to look at the scenes from Ferguson to judge the potential costs as being worth it — a $50 camera could have prevented the Brown family's heartache, Ferguson's civil unrest and a nation's fury over the inadequacies of its justice system, and it would have been worth it.

An earlier version of this article was published on Mic in July 2014. The current version has been updated to reflect the recent events in Ferguson.