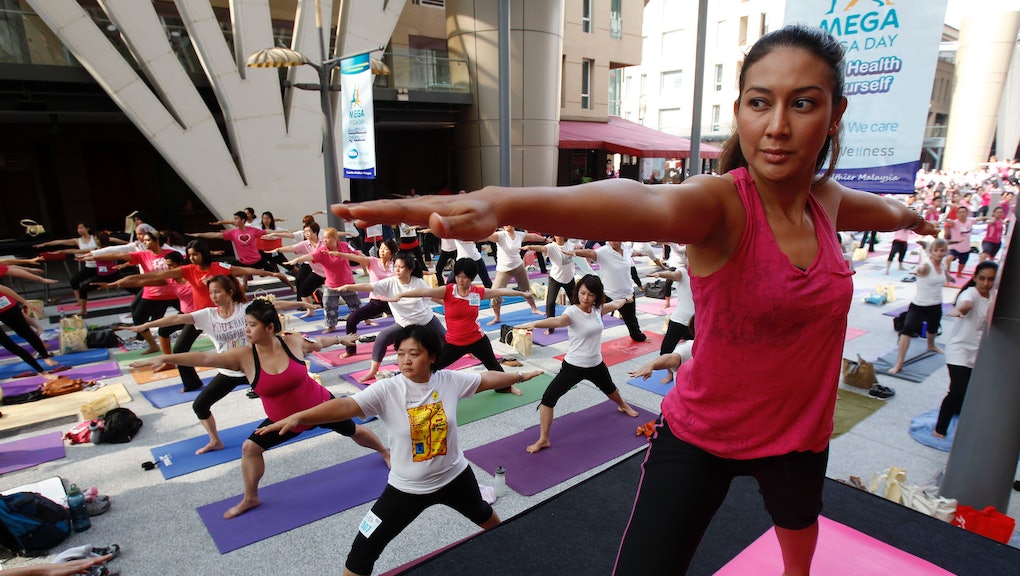 Scientists Have Finally Proven What Yoga Lovers Have Known for Centuries

The news: When regularly practiced, periods of intense mindfulness can combat aging and reshape certain sections of the brain — no Lululemon required.

It was a simple, but enlightening discovery: When scientists looked at the brains of expert meditators, they found some startling physical changes. Extra wrinkles (which in the case of the brain happens to be a good thing) lined the cortex, the outer portion of the brain responsible for complex thinking like abstraction and introspection. The hippocampus, the seahorse-shaped brain structures that help us process memories, was generally bigger and more dense.

Here's how it works: Meditation, in which you focus intently on the present for set periods of time — closing your eyes and listening to the sound of traffic outside the window; feeling your chest rise and fall with each inhaled and exhaled breath — beefs up the brain's message delivery routes. As a result, studies of Buddhist monks suggest the brain gets better at processing information and making decisions.

"Ten years ago, if you'd told me that I would be seriously thinking about meditation, I would have said one of us is loco," Blackburn told the New York Times in 2007. She's spent the past seven years since studying how mindfulness can combat stress and turn back the biological clock.

While most of the meditation research over the past decade has involved small groups, the sheer number of such studies has convinced scientists to take them seriously.

Meditating is easier than it sounds. Carving out a few minutes — some studies suggest 15 a day is all it takes — can improve memory, mood and our ability to multitask. It can even combat the shortened attention spans we get from aging. In one study, researchers set 50 and 60-year-olds who recently began meditating with 20-somethings who did not meditate. The older folks outperformed the younger ones by a 14% margin.

Why it matters: While it might seem like just another thing on a growing to-do list, taking a few minutes to focus on the present each day not only makes us happier and more calm, but actually improves our ability to get things done.

"Meditation helps provide the mental and emotional space to work on all the things that are causing us anxiety," Yael Shy, an attorney by training who founded a meditation and yoga center for students at New York University in 2009, told Mic. Shy says people they should meditate for at least 10 minutes a day. "And if you're really busy, you should do it for 20 minutes."