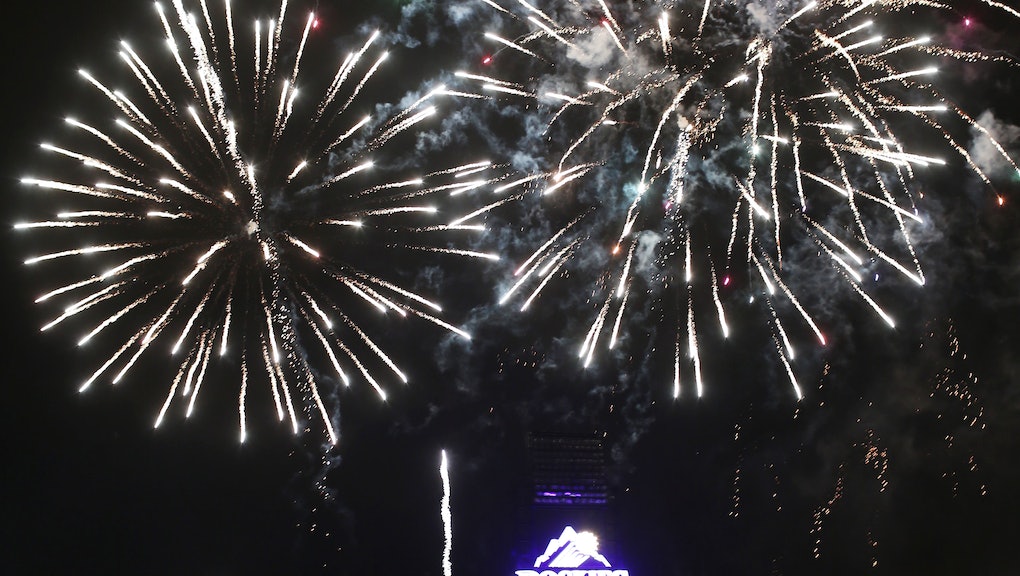 The news: July 4th is a celebration not only of America's independence, but of its history, culture and heritage — and a big part of America's continuing existence is thanks to its military members, who put their lives on the line in service of their country. But one famous Independence Day tradition might be hurting these service members instead of celebrating them: fireworks.

While a firework display might seem patriotic, the loud, popping sound can be a serious trigger for soldiers returning from combat, especially those suffering from PTSD — and one group is helping to raise awareness of this issue.

A Facebook page for the organization Military With PTSD posted this photo, demonstrating how vets can ask their neighbors to keep the noise down:

In their own words: The Facebook page also includes posts from vets and their loved ones, who share stories about how fireworks interfere with their recovery. One poster, Michele Smith, recounted how a series of fireworks in 2012 led her husband to "a PTSD downhill spiral that wound him up in an inpatient care facility a few days later."

"A day that we used to enjoy celebrating our country's freedom, its independence, has ironically become a tremendous source of added mental anguish for my husband, and for many other Veterans, the very people who have fought the hardest for our freedoms," she wrote.

"One sound. That's all it takes for so many Veterans to be unwillingly transported to some of the darkest times in their memories," read another post. "Please, this Independence Day, truly express your thankfulness and pride in your country by leaving the fireworks to the professionals. Veterans can choose not to attend shows; only you can choose whether you think of your community Veterans."

PTSD remains a huge problem for the service community. Of the 2.6 million service members returning from Iraq and Afghanistan, nearly one in five are estimated to have symptoms of PTSD. But despite repeated recommendations for annual PTSD screenings, there is currently no such mandatory policy — letting veterans who suffer debilitating conditions to go undiagnosed.

According to a RAND study, "about 57% of those reporting a probable TBI (traumatic brain injury) had not been evaluated for a brain injury, only about half of troops screening positive for PTSD or major depression had sought help, and only half of those troops received 'minimally adequate care.'"

Right now, veterans who believe they suffer from PTSD can take — no joke — an online test to assess their symptoms. "Instead of screening troops through a face-to-face interview with a qualified mental health professional, the DOD relies on an ineffective system of paperwork to conduct mental health evaluations," concluded a study by the group Iraq and Afghanistan Veterans of America.

This Independence Day, consider that there might be a service member in your neighborhood who might not appreciate over-celebration, no matter how patriotic it may seem.