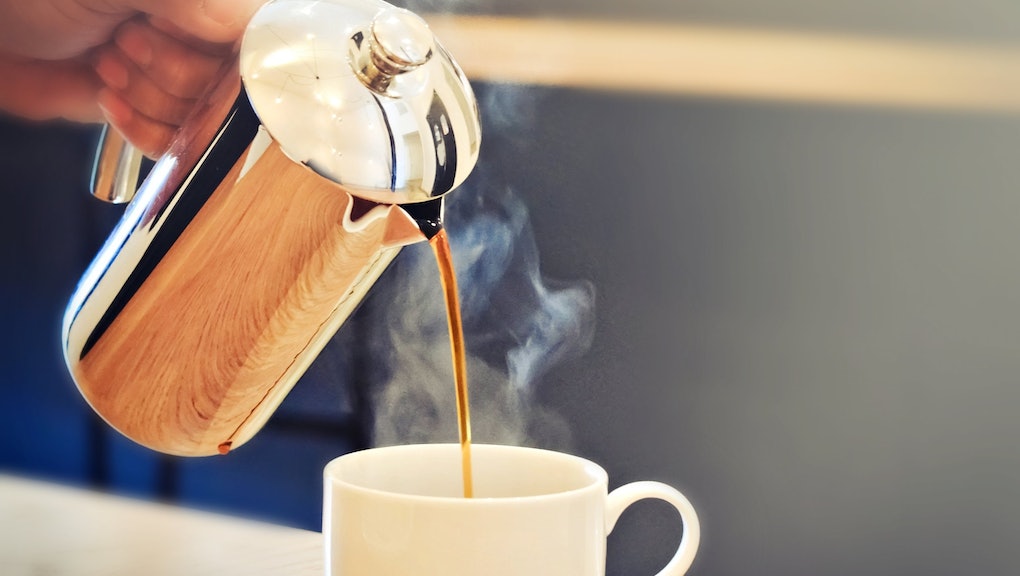 It's a cup of hot coffee. Seriously.

Those weird people drinking scalding hot cups of coffee on scorching days are actually onto something. Hot drinks, counterintuitively, are an effective way of dealing with the heat. New York magazine asked scientist Anthony Bain, a Ph.D. candidate at the Centre for Heart, Lung and Vascular Health at the University of British Columbia, to elaborate:

"When we're hot, we naturally cool our bodies primarily by sweating, or more specifically by having the sweat evaporate from our skin (that's important!). Our bodies sense changes in tissue temperature by a network of thermosensors located in the skin and in more central parts of our body, which send input to our brain (specifically, the hypothalamus), which then initiates sweating."When we take in a hot drink, it appears that the thermosensors located in the stomach become overactive, and send strong signals to our hypothalamus that we are hot. In turn, the hypothalamus reacts by initiating an over-compensatory sweating response. So, when this sweat evaporates from our skin, the heat energy we lose due to evaporation exceeds the heat energy gained by drinking the hot drink. In other words, it is because our body overacted to the hot drink that we end up cooler in the end."

The caveat is that all that sweat needs to evaporate, or it won't cool you off. This is really important, because unless you're wearing breathable clothes and aren't already perspirating, hot coffee is not your friend and could backfire big time. For a more in-depth look at the science behind hot coffee and summer, you can read Bain's study here.

Perfectly timed tip: Depending on where you live, advice like this will probably come in handy during the next few months. While it may not reach the horrifying levels predicted in the Farmers' Almanac, this summer is expected to be very hot, especially in areas like the Northeast, Southeast and Midwest, all of which can expect above-average summer heat and substantial rain.

In the Southwest, a drought might start coming to an end, but Californians aren't likely to be so lucky. The Golden State has endured its hottest year on record, with temperatures five degrees above average through May. That's expected to continue throughout the rest of the summer; already, downtown Sacramento reached an astonishing 107 degrees Fahrenheit in June.