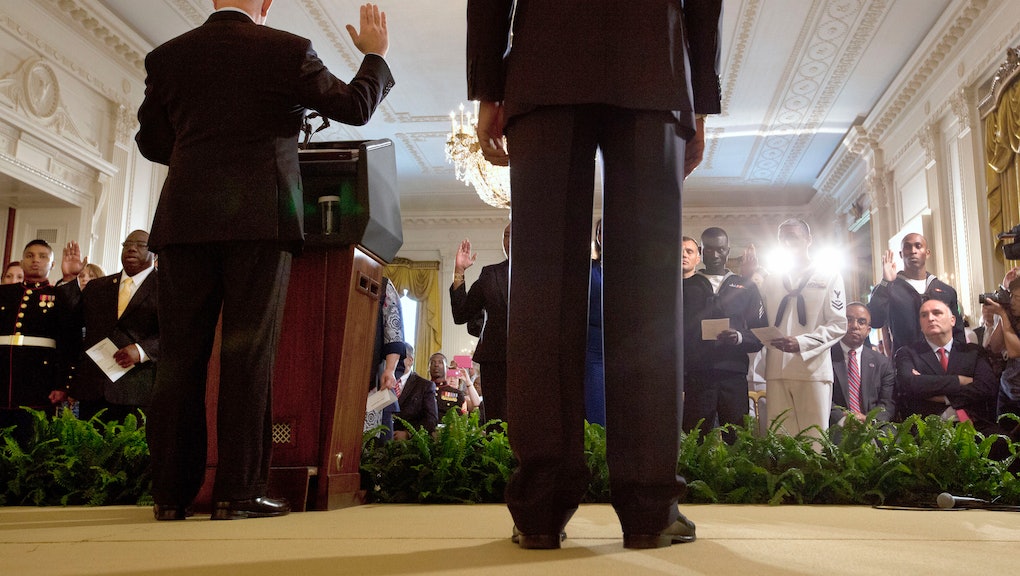 How many Supreme Court justices are there? Who was president during World War I? Who is the current vice president?

The Immigrant Archive Project, an initiative to find and preserve stories from the country's immigrant population, put together a video in which everyday Americans are asked questions immigrants must answer to earn citizenship.

The results? Well, see for yourself:

Not alone: Sad as they may be, the video's results have been replicated before. A USA Today survey in 2012 found that only 65% of native-born Americans could correctly answer 6 out of 10 immigration test questions correctly. Somewhat ironically, 77% said all Americans should be able to pass the citizenship test, which means there's at least some hypocrisy going on.

A 2011 Newsweek study found that only 62% of respondents would pass the citizenship test. Our relatively complicated political system is partially to blame — "Nobody is competent to understand it all, which you realize every time you vote," Michael Schudson, author of the Good Citizen, told Newsweek. "You know you're going to come up short, and that discourages you from learning more."

That doesn't stop many immigrants, though: 91% of them pass the test. It probably helps that they study up on U.S. history and civics to prepare, whereas natural-born Americans may not be expecting a camera crew to ask them how many Constitutional amendments exist.

To try it for yourself, take a sample test on the United States Citizenship and Immigration Services website.

The rest of the test: Before answering those questions, immigrants must have spent five years in the U.S. as legal permanent residents, and it usually takes more years than that to earn a green card. The hardest part of all might come before that: actually obtaining a visa and making it to the country.

About 1 in 3 immigrants to the U.S. has a college degree, meaning that 1 in 6 college-educated adults was actually born abroad. Twenty-eight percent of physicians, 31% of computer programmers and 47% of medical scientists in the U.S. are immigrants.

So keep that in mind the next time you hear someone complaining about immigrants. It's worth considering how well those folks would do on their own country's citizenship test.