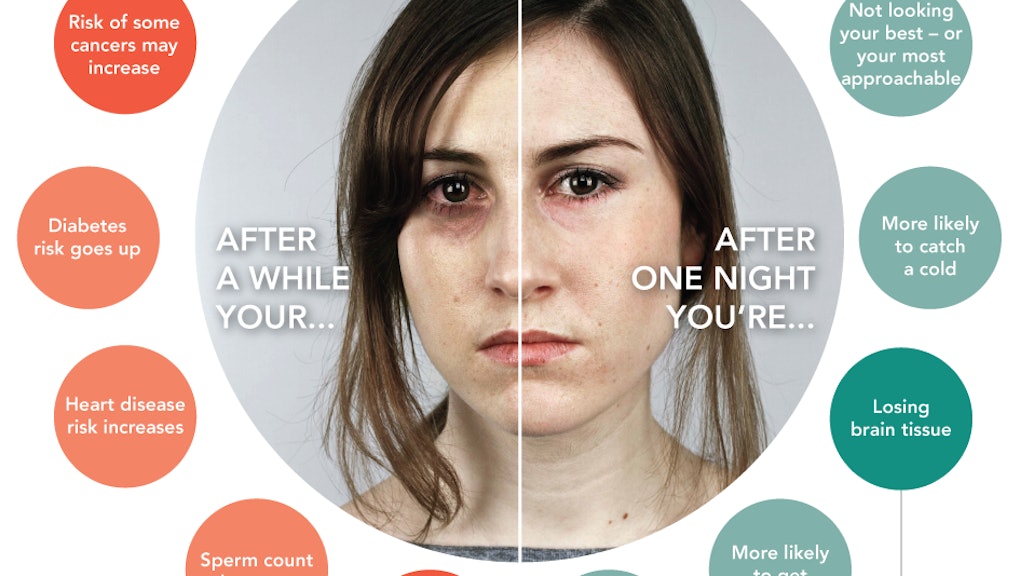 There's Bad News for People Who Aren't Getting Enough Sleep

The news: For years, poor sleep has been linked to a host of medical conditions such as obesity, diabetes, heart disease, mood disorders and even alcohol dependency. Now a new study published in SLEEP suggests there may be an even bigger problem to worry about: a shrinking and weakening brain.

The study, conducted by researchers from Duke-NUS Graduate Medical School Singapore, focused on a group of 66 Chinese adults. Every two years, the participants were asked to take a sleep questionnaire, in addition to MRI scans and neuropsychological assessments. The result: People who had trouble sleeping had "greater age-related brain atrophy and cognitive decline" than those who rested well every night.

For older adults, the less they slept, the faster their brains shrank and declined. "Our findings relate short sleep to a marker of brain aging," Dr. June Lo, the study's lead researcher, said in a release.

What does this mean? While brains naturally shrink over time, the process is faster for those suffering from neurodegenerative diseases. This new study indicates that lack of sleep may similarly accelerate brain aging in older populations, leading to a host of medical issues. A similar study published in March found that among military veterans, those who had trouble sleeping had less gray matter in the frontal lobe and more psychological problems down the road.

For countries with aging populations, this presents a huge socioeconomic problem down the road. "We envisage that with Asia's very rapidly aging populations, cardio-metabolic problems like diabetes will just sky-rocket if attention is not paid to modifiable risk factors," neuroscientist Michael Chee, who also led the study, told Medical News Today. "The thing about such risk factors is that individually they make small, albeit significant, contributions — but over time, that effect matters."

So while one night of tossing and turning might not do much damage, the accumulated effect of a lifetime's worth of bad sleep could be more dangerous than you think.