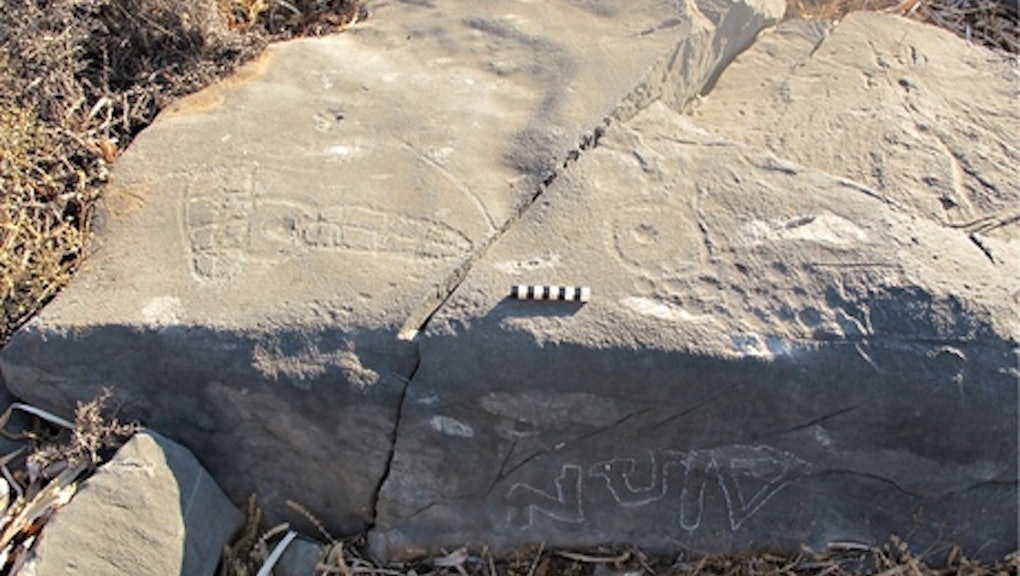 The news: Well, it turns out juvenile delinquents with a penchant for dirty graffiti have been around for longer than you might think.

"They were what I would call triumphant inscriptions," Vlachopoulos told the Guardian. "They claimed their own space in large letters that not only expressed sexual desire but talked about the act of sex itself. And that is very, very rare."

While this graffiti is hilarious, it does serve an important purpose. Archaeologists are not studying these ancient scribbles just for kicks. They provide important insight into social mores and customs of the time. For instance, one work from Astypalaia — which reads, "Nikasitimos was here mounting Timiona" — offers a frank depiction of homosexuality that is uncommon elsewhere.

1. From the Bar/Brothel of Innulus and Papilio: "Weep, you girls. My penis has given you up. Now it penetrates men's behinds. Goodbye, wondrous femininity!"

2. From the Herculaneum (a bar/inn joined to the maritime baths): "Two friends were here. While they were, they had bad service in every way from a guy named Epaphroditus. They threw him out and spent 105 and half sestertii most agreeably on whores."

3. Also from the Herculaneum: "Apelles the chamberlain with Dexter, a slave of Caesar, ate here most agreeably and had a screw at the same time."

4. From the peristyle of the Tavern of Verecundus: "Restitutus says: 'Restituta, take off your tunic, please, and show us your hairy privates.'"

You can check out more examples of lewd, ancient graffiti here — just tell yourself that you're getting a history lesson.