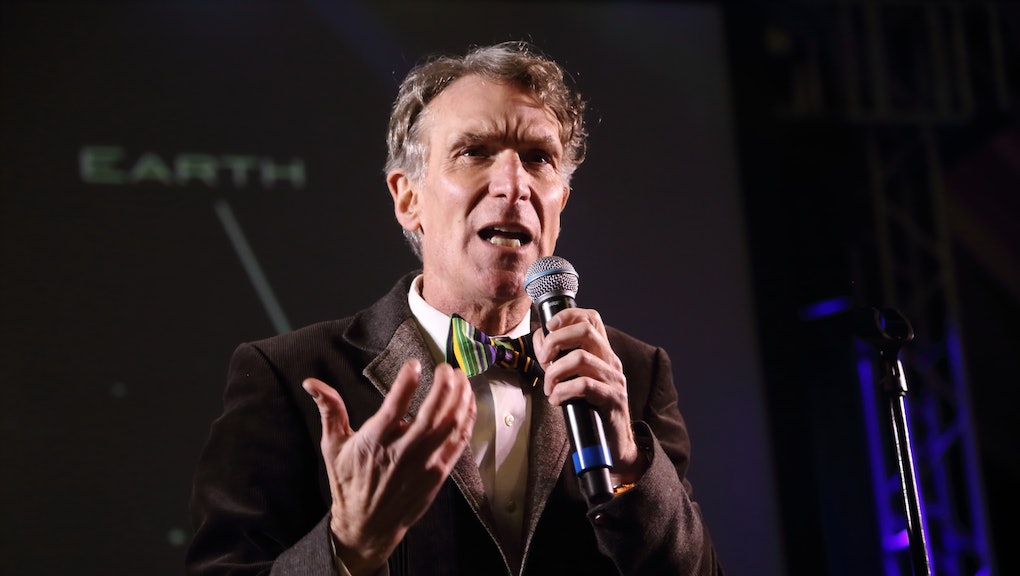 The BBC Is Doing Something the U.S. Media Would Never Do to Address Climate Change

The news: Here's one way to shut down climate change deniers — responsible journalism.

Last week, the BBC Trust, an independent body that oversees England's public broadcasting service, released a progress report that looked at the BBC's editorial coverage of science issues, namely climate change. While the BBC may have been fair in giving equal time to people on both sides of the issue, its "over-rigid application of editorial guidelines on impartiality" gave "undue attention to marginal opinion."

"The Trust wishes to emphasize the importance of attempting to establish where the weight of scientific agreement may be found and make that clear to audiences," wrote the report's authors. "Science coverage does not simply lie in reflecting a wide range of views, [but also] depends on the varying degree of prominence such views should be given."

What does this mean? The Trust has asked the BBC to improve its coverage by not inviting guests with questionable credentials or presenting information that does not pass scientific muster. In other words, they'll no longer be presenting "both sides of the debate" if one side isn't based on any actual science. Around 200 members of the BBC senior staff have already attended seminars and workshops on the topic.

That doesn't mean that anyone who denies the effects of man-made climate change should be denied a platform — rather they need real science to back up their claims or have their arguments presented in an appropriate context.

"The BBC has a duty to reflect the weight of scientific agreement, but it should also reflect the existence of critical views appropriately," wrote the Trust. "Audiences should be able to understand from the context and clarity of the BBC's output what weight to give to critical voices."

Why is the BBC doing this? The issue came to a head last September when the UN Intergovernmental Panel on Climate Change released a study that concluded with 95% certainty that climate change was real and that human activity contributed to it. The BBC contacted a dozen scientists in the U.K. and wasn't able to find a single one who would give an opposing view — so the producers ended up going with a retired geologist in Australia.

The World at One program was highly criticized afterwards by a parliamentary report, which argued that BBC news teams "continue to make mistakes in their coverage of climate science by giving opinions and scientific fact the same weight."

This remains a huge problem in American media. As comedian John Oliver pointed out on a recent episode of Last Week Tonight, equal screen time suggests that climate change is an evenly divided debate, when it really isn't. Watch what happens when debate representation accurately reflects scientific consensus: