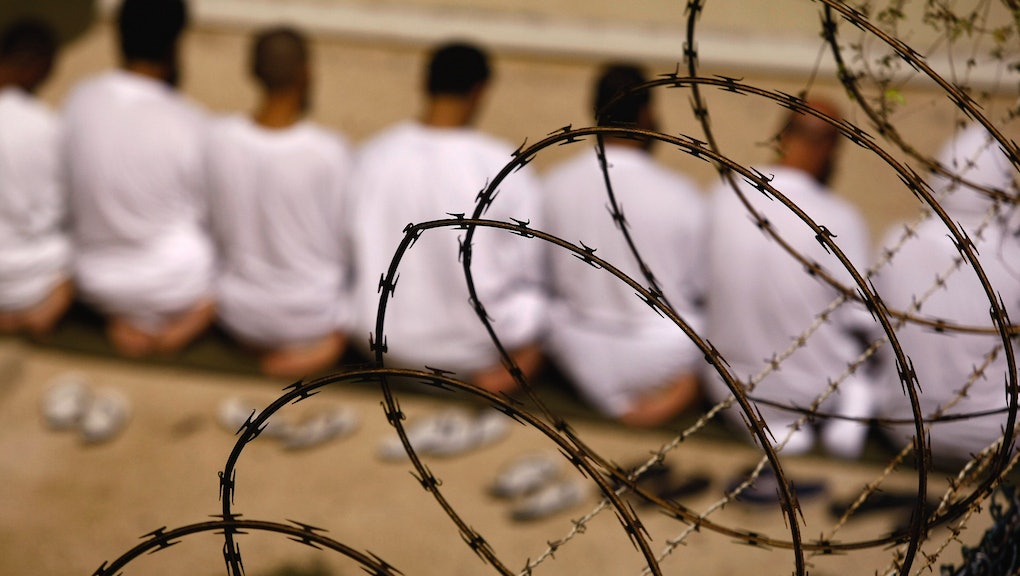 The news: The Hobby Lobby ruling is barely weeks old, but the decision is already being applied in several unexpected places including, believe it or not, inside the walls of Guantanamo Bay.

Lawyers for two detainees at the Guantanamo Bay detention camp have filed motions in a U.S. court to challenge a policy in which officials have been preventing inmates from taking part in communal Ramadan prayers, arguing that it's a violation of their religious freedom. Courts have previously found that detainees do not have religious free exercise rights under the Religious Freedom Restoration Act (RFRA) — but the Hobby Lobby ruling could change that.

"Hobby Lobby makes clear that all persons — human and corporate, citizen and foreigner, resident and alien — enjoy the special religious free exercise protections of the RFRA," the lawyers wrote in court papers.

The unintended effect: While the owners of Hobby Lobby almost certainly did not have Gitmo detainees on their mind when they took Obamacare to court, it's clear the ruling has become far bigger than its original purpose.

Though the Citizens United case similarly argued that "corporations are people," Hobby Lobby focuses on religious rights and the idea that the government cannot force people — or groups of people — to do things that are against their beliefs. That could mean anything from refusing to teach evolution in school to ignoring laws designed to prevent discriminatory hiring practices against LGBT people.

But on the other hand, it might mean religious rights for those who have been denied in the past.

"Why are the authorities at Guantanamo Bay seeking to punish detainees for hunger striking by curtailing their right to pray? If, under our law, Hobby Lobby is a 'person' with a right to religious freedom, surely Gitmo detainees are people too," Cori Crider, an attorney for the detainees, said in an interview with Al-Jazeera America.

If there's one thing we can be sure of, it's that the Hobby Lobby ruling will continue to change the legal landscape in ways the craft store's owners could never have possibly foreseen.