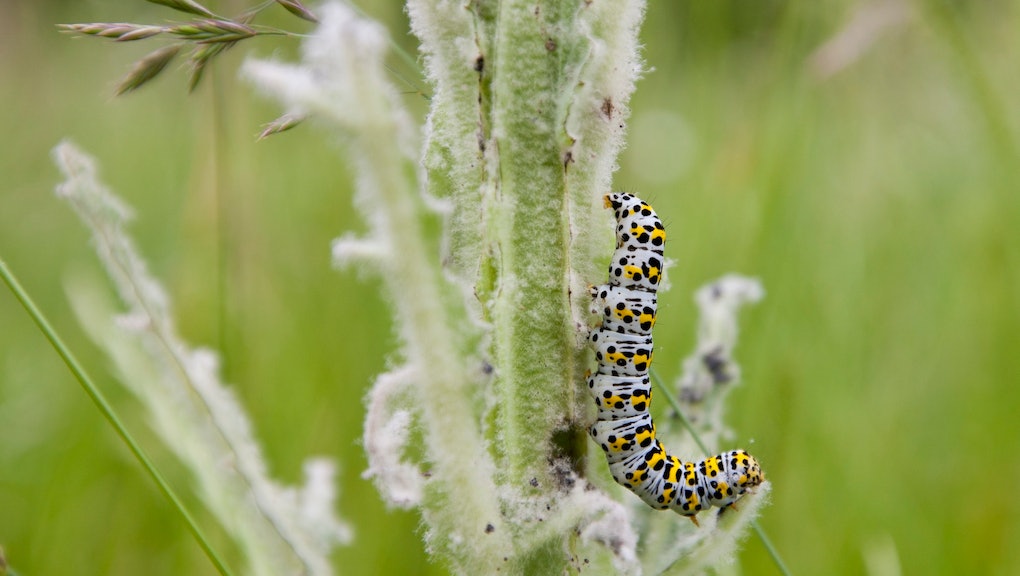 Sorry Vegetarians: Plants Know When They're Being Eaten, Too

Well, this is disturbing.

The news: Small weedy plants can hear when hungry caterpillars chomp on their leaves. And when they do, they release a line of foul-tasting chemicals designed to send their predators a'packing.

The finding is startling for several reasons, namely because plants have no ears and no other specialized structure that would allow them to "hear" in the way that we do.

So how do plants hear? And how do scientists know they're listening? When caterpillars chew, they send tiny vibrations through the leaf of the plant they're gobbling. Researchers at the University of Missouri recorded those minuscule movements and, using tiny speakers attached to the plants' leaves, played the sound back to one set of plants while leaving another set of weeds in silence. Heidi Appel and her team published their results in the journal Oecologia.

With nowhere to run — and nowhere to hide — plants that are forced to feel the vibrations of their approaching demise let out an array of foul-tasting chemicals. “When the levels of these are higher, the insects walk away or just don't start feeding," Appel, a plant science researcher at the University of Missouri, said.

To show that it was the sound of chomping and not simply noise in general that elicited the plants' reaction, the scientists played other tracks for the plants, too, like the sound of wind and the din of insect mating calls. Those noises didn't trigger the plant's chemical defenses.

Why it matters: Scientists have known for decades that plants can sense and react to a variety of input from the outside world, from temperature changes to human touch. In the 1960s, a few of them went so far as to hypothesize that plants could read minds.

Although they might not be telepathic, plants can certainly sense when danger is approaching.