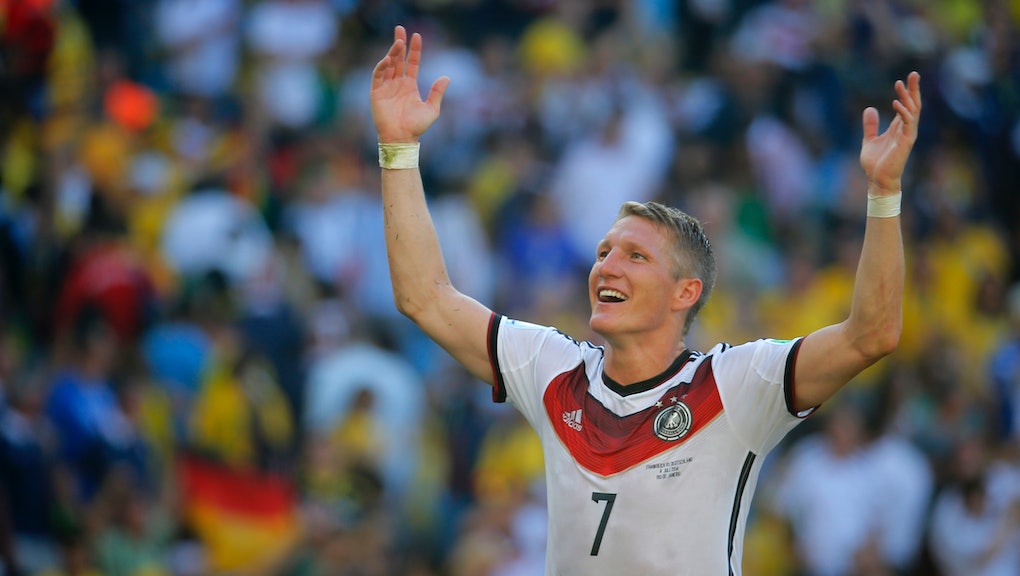 Few events command public attention like a marquee World Cup matchup, and Tuesday's titanic semifinal between Germany and Brazil is no exception. Massive TV ratings and record Twitter engagement are expected when the two soccer powerhouses — with eight World Cups between them — square off at 4 p.m. in Belo Horizonte.

But one alternative metric offers revealing insights into just how much these events impact human behavior. Traffic data for the pornographic video sharing site Pornhub.com shows significant dips relative to average usage worldwide during World Cup matches, but nowhere are the drops more pronounced than in Germany.

Notably, traffic stayed below the norm after the final whistle, as Die Mannschaft celebrated a decisive 4-0 victory. Not so much in Portugal, where it's evident how many supporters made peace with the outcome.

The second group-stage game against Ghana on June 21, a Saturday, yielded a similar pattern, where German traffic plummeted as much as 50% midway through the match that ended in a 2-2 draw. Brazil notably showed little interest in the match: Traffic was, in fact, above the average in the host nation.

Such patterns are not unusual — they're at the heart of Pornhub's ongoing research in trends in site traffic during worldwide events — but so far, no match has yielded as dramatic a drop as the 2010 World Cup final between Spain and the Netherlands, where Dutch dropped a whopping 65% during the match.