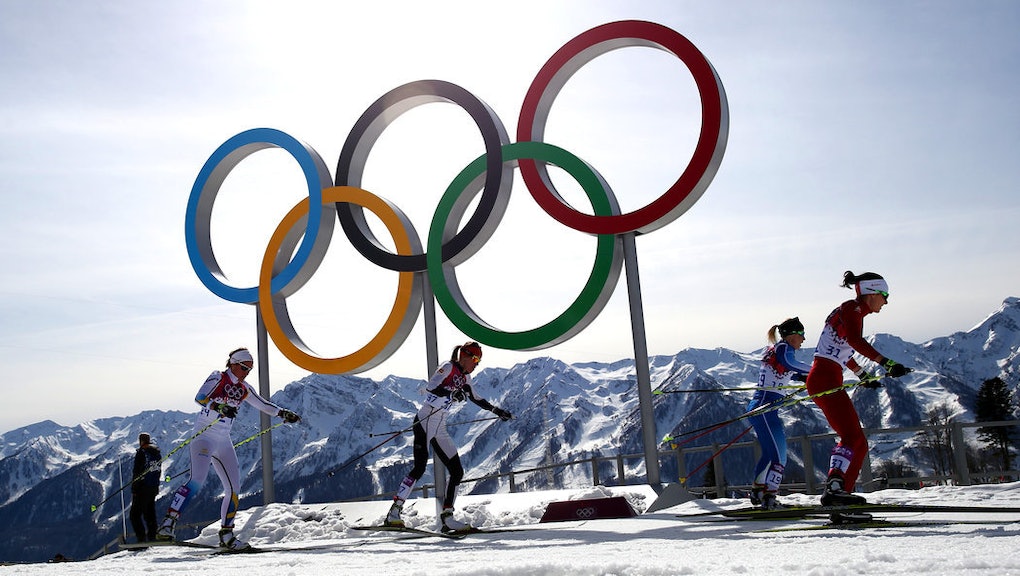 Not so long ago, the possibility of hosting an Olympics was a once-in-a-generation opportunity that both politicians and the public yearned for.

For the second consecutive go-round, though, the International Olympic Committee has been hard-pressed to find cities willing to host the Winter Games. Prior to awarding Pyeongchang hosting duties for the 2018 Olympics, the IOC had been met with an all-time low of three bids to choose from.

Now, with three cities — Krakow, Poland, Stockholm and Lviv, Ukraine — having recently dropped out of the running to host the 2022 Winter Olympics, and with another city — Oslo, Norway — possibly ready to follow suit, the competition to host the 2022 Games could be down to just two cities, one of which you might have never heard of. That doesn't even include Munich and St. Moritz-Davos, whose planned bids were scuttled by voter referendums.

On Monday, the IOC announced that its three finalists for the 2022 Olympics are the only three cities whose bids haven't been withdrawn: Beijing, Oslo and Almaty, Kazakhstan.

At first glance, Oslo, which has not been a host since 1952, might seem to be a clear favorite. But with the majority of the Norwegian public reportedly against hosting the games, the government may hold a vote this fall and withdraw its bid.

That would leave Beijing, which hosted the 2008 Summer Olympics, and Almaty, which held the 2011 Asian Winter Games and opened its first subway system later that year. With Almaty's bid, Kazakhstan is vying to become both the first Central Asian nation and the first Muslim nation to ever host the Olympic Games. The New York Times wrote that Almaty, which was once the Soviet capital of Kazakhstan, is "infused with oil money [and] flush with nightclubs and exotic restaurants." Almaty's recently launched Olympic website is quick to point to the beautiful peaks of the Alatau Mountains — and the nearby Ritz-Carlton hotel.

The 2011 Asian Games reportedly went smoothly in Almaty, but there are also concerns about corruption and economic inequality in the country. Although Kazakhstan's GDP per capita has doubled to $13,100 since 2007, that number is only slightly better than Brazil's economic situation. Meanwhile, Kazakhstan ranks 13 places behind Russia on the Corruption Perception Index (140th out of 177), leaving some to fear that hosting the games would result in billions of dollars being wasted as kickbacks, similar to what happened at the 2014 Sochi Games.

Sochi and the $51 billion Russia spent on hosting those games are precisely the reason why support for hosting the Winter Games has tapered off so dramatically. The public perception is, simply, the Games cost too much. So if Oslo withdraws its bid, will Beijing be awarded as the 2022 host next summer almost by default? The Chinese capital's lack of both natural snow and breathable air likely will pose problems, but do we really expect the IOC to choose Almaty instead?

A Kazakh Olympics would certainly make for an interesting change of pace, especially with East Asian cities already hosting the 2018 and '20 Games. But Beijing has the money to become the first city to ever host the Summer and Winter Games. It also supposedly has the support of 96.8% of the Chinese public to do so.

Not that Beijing's citizens will be getting much of a say in the matter.