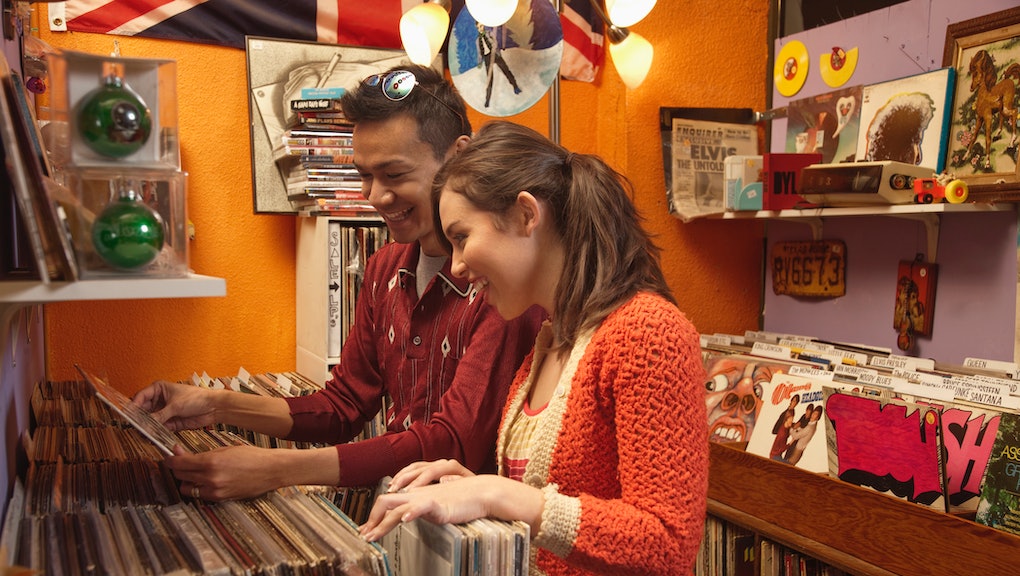 9 Music Blogs Every 20-Something Should Read

Let's start with the facts: There is a glut of music and music blogs out there. There are so many blogs, in fact, that half the sport of music writing has turned into co-opting other people's blog posts. It's not necessarily a bad thing; it's just the nature of the industry. There are too many bands, too many writers and too much Internet for a top-down media to shoulder.

The upshot is that 20-somethings are never at a loss for new music. The problem is finding it — and specifically finding the songs that are right for you, not just the latest tracks deemed acceptable by Pitchfork, or the Hot 100. Only so many songs can slip between the cat videos saturating your Facebook feed, and only a fraction of those are listenable. For those of you looking to branch out and really find all that the new age of music has to offer, here are nine blogs worth checking out.

Andrew Barber started Fake Shore Drive in 2007 to chart the revolution in Chicago hip-hop — which is having something of a moment — and has since expanded to cover rap across the entire Midwest. If you're in the market for a near-incessant stream of mixtapes and singles from some of the best overlooked rap cultures out there, FSD's your best bet.

Gorilla vs. Bear might look like a big green Fuze advertisement in this photo, but they're quite the hipsters — and boy do they know it. The blog traffics in Bands You've Never Heard Of and even has a Polaroid wall of fame. If you're into the indie staples (airy vocals, multiple synths, heavy reverb) G v. B is for you. Read it, wow your peers, repeat.

Sample Post: "Yumi Zouma feat. Air France, 'It Feels Good to Be Around You" uptempo edit + win a signed 10'"

Indie Shuffle is essentially the Internet's infinite playlist. No news, no criticism, no Top Ten Coachella Pics, just 1,200-plus pages of pure, infinitely-scrolling traxx, each one tagged with similar artists so you know what you're getting yourself into. If you click through, each track is accompanied by a clean and simple answer to the prompt "What's so good?"

Dan Ozzi at Jaded Punk spends half his time tracking America's very-much alive punk and emo scenes, and the other half mocking their past faux-pas. The blog has fallen into slight disuse due to Ozzi's success (he now writes for Noisey under the Jaded Punk moniker), but it's still the same guy trolling the same metalcore scumbags. Ozzi also serves as a nice reminder that if you blog well enough, for long enough, maybe somebody will pay you for it.

Pop Justice proves that small blogs can scrutinize marquee acts just as well as up-and-comers. The blog keeps an unabashed hawk-eye on big-time artists, but skips the extra-musical stalking you might find in a trashy celebrity mag. It's a nice balance of celebrity-intrigue and tongue-in-cheek criticism.

Like Jaded Punk, Put That Shit On the List is now a highlight reel of owner Luke O'Neil's writing elsewhere (mostly Bullett, Mediaite, MTV, and Esquire). Depending on which he's writing for, O'Neil covers everything from music's role in the UC Santa Barbara shootings to our brief obsession with viral maps ("This Map of the Most Popular Musician In Every State Is Good Please Share and Like"). At all times, he provides unique and unexpected angles on the topics that matter most in music and culture.

For those of us who know zilch about EDM (but enough about music to know not to dismiss an entire genre) Resident Advisor is a great resource. Regardless of whether you speak the language (today I learned "post-dubstep" is a thing) the blog's sleek design makes for an easy and informative read. Plus, photos of electronic fests are usually pretty neat.

8. This Song Is Sick

This Song Is Sick might be the frat bro of music blogs (see verticals "Bangin" and "Chill"), but frat bros are people too, and they deserve to know when Deadmau5 goes out for coffee with Skrillex. This blog may be tongue-in-cheek, but it updates regularly and draws serious traffic. For a pulse on America's summer music fest craze, TSIS is a must-read.

The Wild Honey Pie is not only one of the most aesthetically smart blogs out there, but also one of the most balanced content-wise. Their writers cover a mix of bands you've never heard of and bands you already love, plus a whole bunch of live sessions. If you're new to the blogosphere, this is a great one to start with.