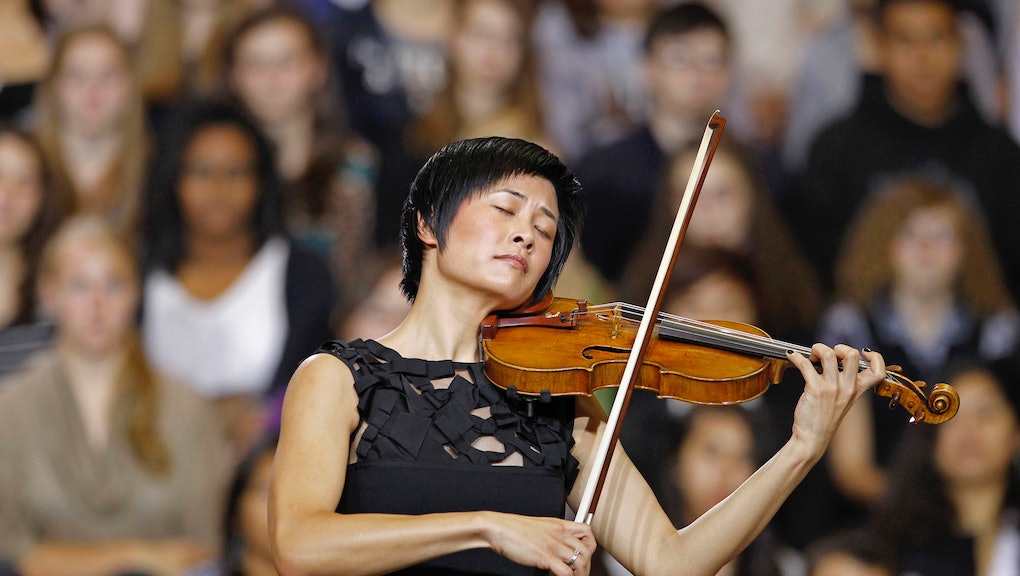 Scientists Discover How Musicians' DNA Is Different From Everyone Else's

Their skills are literally in their DNA.

The news: Contrary to what we were told growing up as we trudged to music lessons and spent hours working on our piano fingerings or flute exercises, practice doesn't make perfect. That is, unless you have the genetic profile for a star.

Regardless of the hours spent practicing, two twins have about the same musical ability, according to a recent study published in the journal Psychological Sciences. Sorry Malcolm Gladwell fans, it appears 10,000 hours might not even cut it.

How do researchers know it's genes, and not something else? Because they studied twins. Since they share their DNA, twins help scientists determine how factors outside the genes influence characteristics like music ability.

Lead researcher Miriam Mosing looked at more than 1,000 pairs of identical twins (who share all their genes) and roughly the same number of fraternal twins (who share half). She then found the ones who sang or played a musical instrument and asked each to estimate how many hours a week they practiced at different ages.

Mosing then used three tests to measure the person's ability to detect differences in each of pitch, melody and rhythm. Unfortunately, for those putting in countless hours of practice, it seemed the real talent was mostly innate.

Here's the craziest finding: In one pair of twins Mosing studied, the difference in total practice time over the course of both subjects' lives was a whopping 20,228 hours of practice. Regardless, their musical ability was found to be the same.

This isn't the first test of this sort: A previous study of identical twins not only had similar results, but it also found that the tendency to practice in the first place is also under genetic control. Sounds like an endless spiral, right?