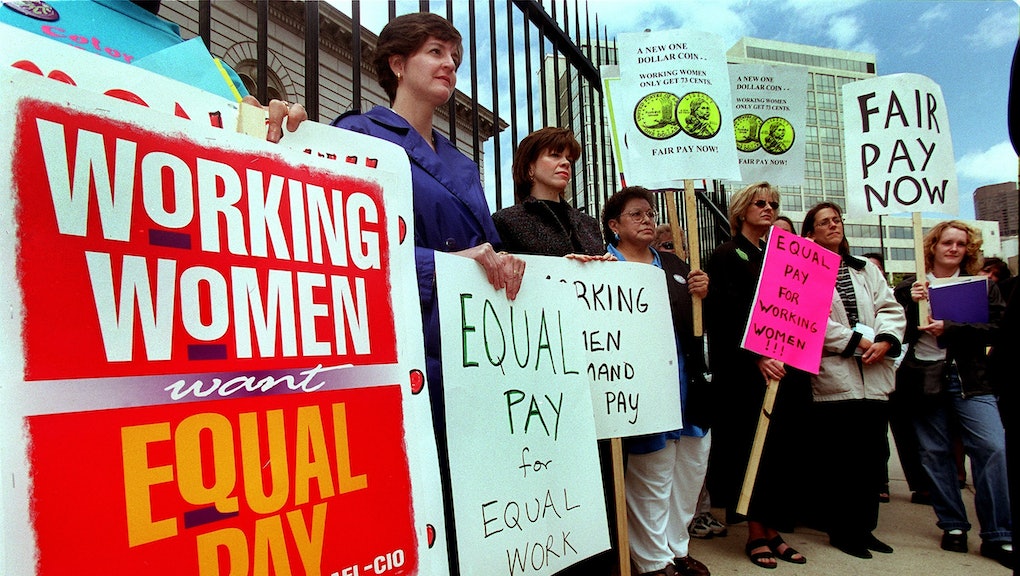 According to U.S Census Bureau data examined by NerdWallet, women earn more money than men in only 16 cities in America. And people still argue that the wage gap isn't real?

None of the cities on the list are in major, cosmopolitan regions — only one, Santa Fe, is a state capital. Six cities are found in California and two in New York, and many cities are suburbs to larger urban metropolises, which is a sign that major cities are dominated and run by men.

Given that there are tens of thousands of municipalities in the U.S., 16 is proportionally pathetic, as is the fact that only 10 states are represented. The list does show — in hard data — the continuing disparity between male and female wages in this country.

In April, women "celebrated" Equal Pay Day, raising awareness of the fact that for every dollar a man earns, a woman makes 77 cents. That may seem insignificant on a macro level, but "if you add all those pennies up, the gender gap will cost the average American woman more than $400,000 over the course of her professional life."

The point is not to create a dynamic where women make more men — but is equality too much to ask? For a more holistic perspective on female earning rates around the country, NerdWallet also compiled a list of the best large cities for women in the workforce. Aurora, Colo., leads the way:

With the percentage of women in the workforce reaching all-time highs — a 20% increase since 1970 — it's inevitable that even without an equal pay law or the ERA, women will continue to make economic inroads into the largest cities in the U.S.