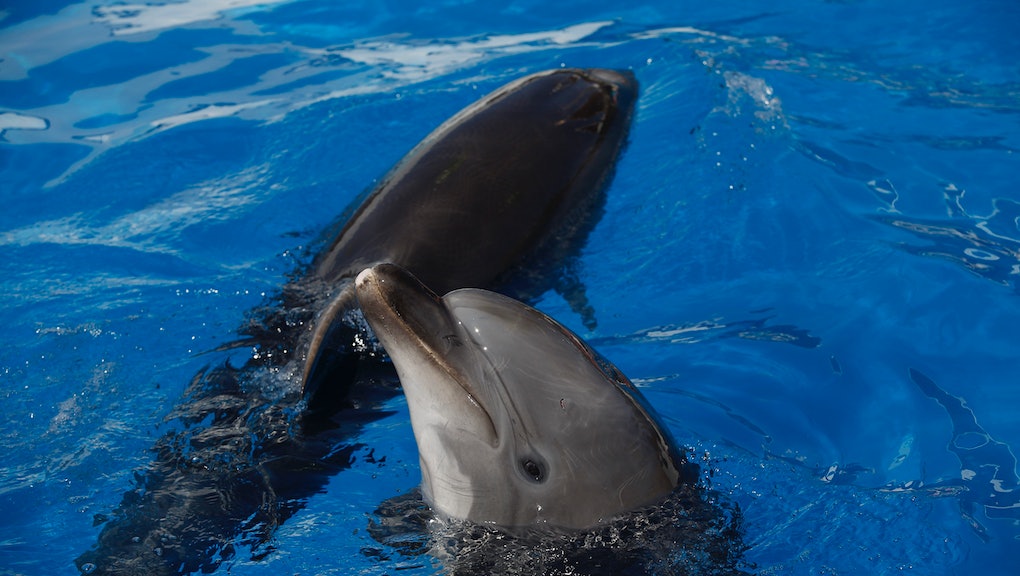 Dolphins Have Sparked a New Standoff Between Russia and Ukraine

A squad of highly specialized Ukrainian soldiers that was based in Crimea is now under Russian control, and the two countries are in a heated standoff over the agents' allegiances.

One important thing to keep in mind: The soldiers are dolphins.

That's not a code word. They're marine mammals trained for military missions by Ukraine, though they're now in Russia's hands thanks to the annexation of Crimea. Ukraine wants them back, saying they weren't able to make the same choice to travel back to Ukraine or defect to Russia as other naval personnel (because, again, dolphins).

The background: Ukraine is one of two countries with dolphin military units. The other is the U.S., which has about 75 dolphins (and some sea lions) operating out of San Diego.

The Ukrainian program dates back to the country's years of Soviet control, though it ended, largely due to neglect, in the '90s. The navy resurrected it in 2012 and has been keeping the dolphins at an aquarium near Sevastopol.

Military dolphins can be used for many underwater tasks, like locating mines and keeping watch for intruders. A source told Russian agency RIA Novosti earlier this year that the country would use the dolphins to find sunken military equipment and detect enemy divers.

"Our specialists developed new devices that convert dolphins' underwater sonar detection of targets into a signal to the operator's monitor," the source said, according to the Guardian. "The Ukrainian navy lacked funds for such know-how, and some projects had to be mothballed."

So who gets to keep them? Right now, there's not much Ukraine can do about the situation. The country maintains that territories occupied by Russia are "inalienable parts" of Ukraine and thus subject to Ukrainian governance and law.

You can ask the dolphins how much those decrees and votes mean, though. Russia still controls the region, though debates rage about port control and airspace. They might not seem all that important in the military scheme of things, but these dolphins serve as political capital for both sides until the situation is defused.