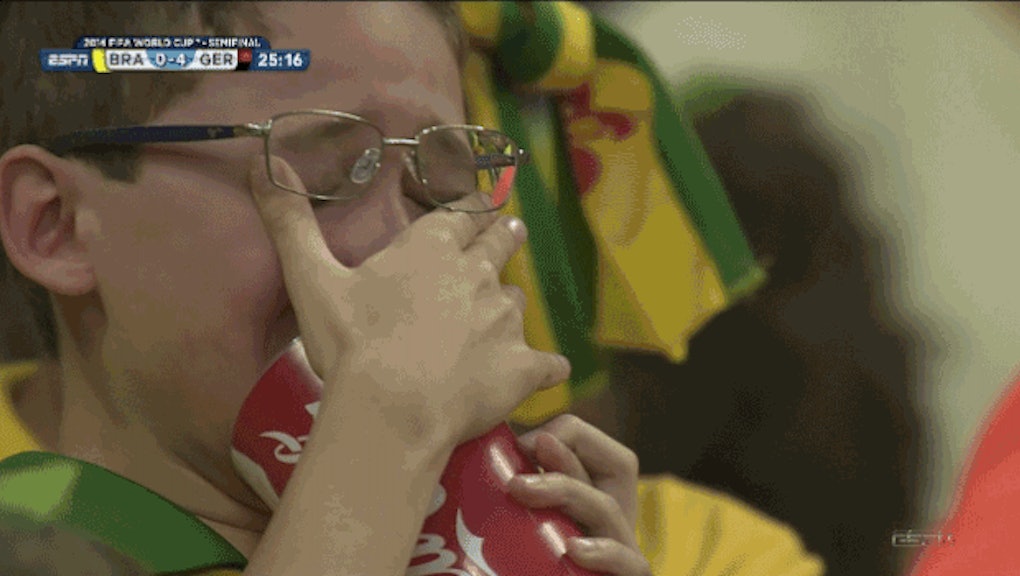 Germany's Soccer Team Has Reduced All of Brazil to Tears

If you watched the World Cup semifinal match between Brazil and Germany, you witnessed a historic meltdown by the Brazilians.

This wasn't supposed to happen. This was supposed to be a good game, a game between two titans in world soccer ... ending in penalty kicks or something climactic.

This is a historic demolition.