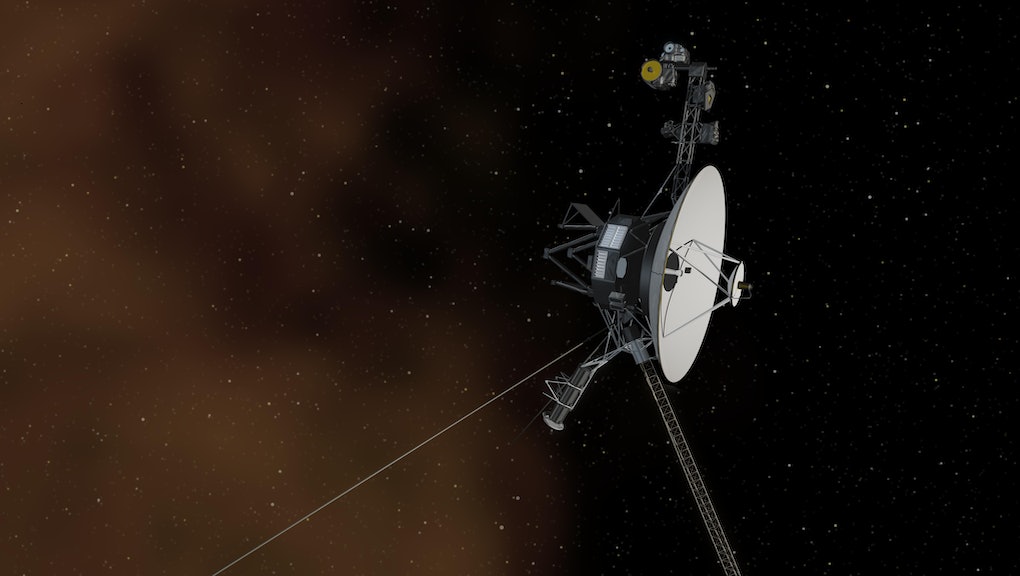 NASA's Voyager Spacecraft Has Made History in the Most Remarkable Way

On Tuesday, NASA made an exciting announcement: Its Voyager 1 spacecraft, which was first launched in 1977, is cruising interstellar space, which the agency describes as "a region between the stars filled with a thin soup of charged particles, also known as plasma." While Voyager 1 still technically remains within the solar system, this is the furthest that a human spacecraft has ever traveled — and the first time that one has ever entered a new cosmic realm.

"All is not quiet around Voyager," Don Gurnett of the University of Iowa, the principal investigator of the plasma wave instrument on Voyager, said in a statement. "We're excited to analyze these new data. So far, we can say that it confirms we are in interstellar space."

How do we know? It seems incredible that a decades-old probe can still offer usable data, but NASA scientists have been able to track its remarkable journey through a cool phenomenon: space "tsunamis." The occasional coronal mass ejections — shock waves from eruptions on the sun — cause the particles around Voyager 1 to vibrate, allowing the researchers to calculate the density of the probe's surroundings.

"Normally, interstellar space is like a quiet lake," Ed Stone of the California Institute of Technology, the mission's project scientist since 1972, said in a statement. "But when our sun has a burst, it sends a shock wave outward that reaches Voyager about a year later. The wave causes the plasma surrounding the spacecraft to sing."

While researchers have posited since last year that Voyager 1 may have left the heliosphere — the protective bubble of charged particles and magnetic fields around the sun — this recent tsunami let NASA confirm that the spacecraft really is sailing through uncharted territories.

But there is more exciting news to come. Voyager 1, whose original mission was to study Jupiter and Saturn, is now 11 billion miles away from the Earth, drifting further and further away — and it's being quickly followed by its twin, Voyager 2. Researchers expect the second probe to also enter interstellar space in a couple of years, which means that we will have two human spacecrafts to provide insight into an unknown realm of the solar system — and who knows what they might find?