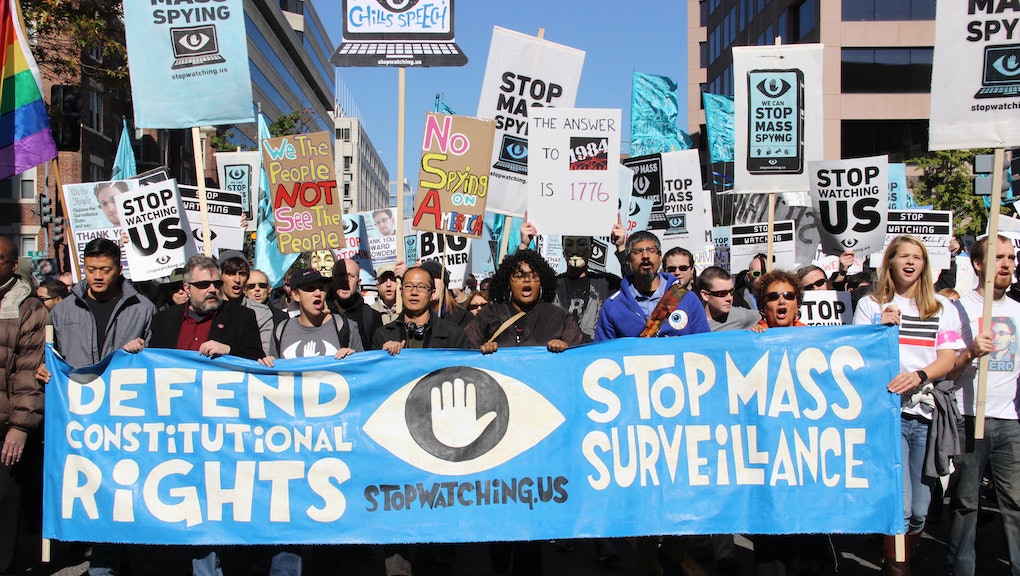 The news: It's been more than a year since whistleblower Edward Snowden's NSA leaks first hit the press — but apparently there's still a lot more to find out.

On Wednesday, Glenn Greenwald and Murtaza Hussain of the Intercept broke the news that the NSA and FBI have been secretly monitoring prominent, politically active Americans of Muslim heritage. The reporters obtained their permission before printing their names, in some cases informing them of their surveillance.

According to the Intercept, the monitored people include:

• Faisal Gill, "a longtime Republican Party operative and one-time candidate for public office who held a top-secret security clearance and served in the Department of Homeland Security under President George W. Bush."

• Asim Ghafoor, "a prominent attorney who has represented clients in terrorism-related cases."

• Nihad Awad, "the executive director of the Council on American-Islamic Relations (CAIR), the largest Muslim civil rights organization in the country."

The response: Most of the 7,485 email addresses that were monitored by NSA and FBI belonged to overseas terrorists, or Americans linked strongly to terrorist activity. But these five Muslim-Americans have denied any kind of connection to terrorism or espionage.

The Intercept allowed some of these people to defend themselves, in their own words:

"I believe that they tapped me because my name is Asim Abdur Rahman Ghafoor, I am from India, my parents are from India, I travelled to Saudi Arabia as a young man, and I do the pilgrimage," said Ghafoor. "Yes, absolutely I believe that had something to do with it."

How can the U.S. government do this? In response to this story, NSA released a statement: "No U.S. person can be the subject of FISA surveillance based solely on First Amendment activities, such as staging public rallies, organizing campaigns, writing critical essays, or expressing personal beliefs."

While the Foreign Intelligence Surveillance Court needs to approve surveillance of American citizens on a case-by-case basis, there is no indication that the five people listed above have participated in any activity related to terrorism or espionage.

"This report confirms the worst fears of American Muslims: the federal government has targeted Americans, even those who have served their country in the military and government, simply because of their faith or religious heritage," said legal advocacy group Muslim Advocates in a statement. "The report clearly documents how biased training by the FBI leads to biased surveillance."

How is this different from previous NSA allegations? Until now, much of Snowden's leaks have focused on the NSA's bulk collection of phone and Internet metadata: Because the agency indiscriminately collects information about the time, duration and members of phone calls instead of the actual content, it has a bit more legal leeway. Ex-NSA chief Gen. Michael Hayden has claimed that the U.S. government can "kill people based on metadata," underscoring its importance in national security measures.

NSA's other activity is harder to defend: spying on diplomats and other world leaders, secretly infiltrating data centers that belong to Yahoo and Google, implanting malware on millions of computers and so on. But even still, these programs did not target individual American citizens, as Wednesday's report alleges. While the efficacy of mass surveillance may be debatable, it's not the same thing as targeting certain people based on an agenda.

Given the rumors of a second NSA leaker on the loose, it's clear that these allegations are going to keep coming out. While we don't know on what grounds the NSA and FBI monitored these Muslim-American citizens yet, we can probably assume they were not the only targets.