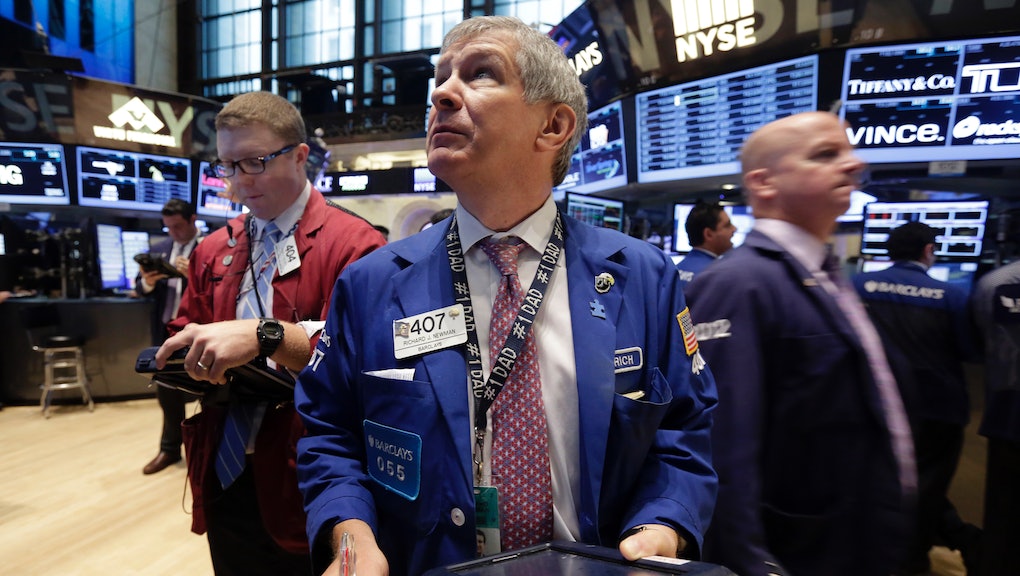 The news: Investors who make a ton of money on the stock market aren't financial cowboys making big bets. They actually get a cerebral warning signal — a "gut feeling" — that tells them to buy or sell just before stock prices dip or rise.

They've got a sixth sense, so to speak.

In a new study, published Tuesday in the Proceedings of the National Academy of Sciences journal, researchers studied the brains of students who volunteered to buy and sell stock. Then they compared the brains and behavior of the good traders (those who made a lot of money) and the bad traders (those who, well, didn't). While the good traders seemed to know instinctively when to buy or sell, the bad traders made poor choices: They bought into stocks just before a huge price crash or sold stocks just before their values skyrocketed.

Here's why: It turns out that the good traders get an early warning signal that fires in a section of the brain recognized for helping us avoid risk ("I see dead [stocks]"). This area sparkles with activity when we smell something really putrid, for example, or make a plan to evade the friend that constantly insults us.

The Anterior Insular Cortex (AIC) is where the warning signal sounds. Image Credit: University of Freiburg

So what happens in the brains of the bad traders? When both the good and bad traders saw a screen with the results of their last deal, their brains showed a frenzy of activity in the area of the brain associated with reward processing (the one that lights up when we get a perk we're expecting, like a paycheck). But while the good traders also received the warning signal (in another part of the brain), the bad traders saw no red flags.

"The participants are experiencing the same feelings, but in one group there's a signal that's saying, 'Hey pay attention, your body is in this excited state and it may not be best to make trading decisions in that state,'" Alec Smith, the study's co-author and an economist at the California Institute of Technology, told Mic.

Caught in the grips of a thrill, we're equally blind to the consequences of our actions. Yet some of us seem to have a fail-safe that kicks in and reminds us to sit tight.

Both good and bad traders show similar brain activity when it comes to processing reward.

But the good traders get a warning signal (the big peak on the left side) when the bad traders do not.

As a result, the good traders slow their trading when they sense the price is about to go up. The bad traders keep buying. Image Credit (All): Proceedings of the National Academy of Sciences

The finding isn't just about stock traders: By showing what happens when people assign too much value­ to one thing, be it drugs, sex, work or money, the finding could shed light on what happens in the brain when we engage in other stimulating behaviors, said Virginia Tech's Read Montague, a behavioral psychiatrist and one of the study's lead authors. Whether we feel the need to rev our car to 90 miles per hour, bet everything on one round of poker or pound five shots in 15 minutes, scientists may be on their way to finding out what trips up the brain that makes it so hard to slow down.