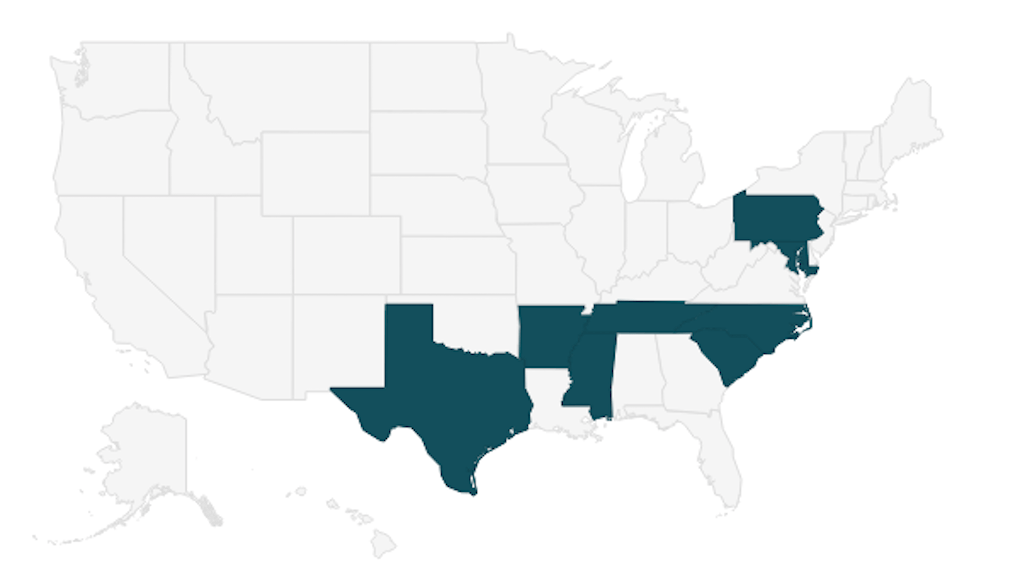 If You're Atheist, Don't Plan on Running for Office in These 8 States

Thinking about running for office? Better make sure you have a likable personality, a set of strong political viewpoints ... and a belief in God.

In the eight states highlighted on the Washington Post map above, atheists are legally forbidden from holding public office. Arkansas and Tennessee are theoretically even more restrictive — the former won't let atheists testify in court either, while the latter also requires you to believe in "a future state of rewards and punishment."

Here's a key point, though: These laws aren't enforced, thanks to a 1961 Supreme Court ruling in which a notary public was denied his office by Maryland's governor because he wouldn't express a belief in God. The court ruled that such a restriction violates the First and 14th Amendments.

More than legal barriers: While they can't be enforced, the laws remain on the books, providing at the very least a symbolic roadblock to running for office as an atheist. That sort of mentality is what creates real obstacles, and not just in the eight states shown on that map.

A Pew study this year showed similar results with a less political bent. It found that 53% of Americans believe it's "necessary to believe in God to be moral." And who wants an immoral politician?

Trailblazer: The first openly atheist member of Congress was California Democrat Pete Stark, who served in the House of Representatives for 40 years. He was first elected in 1973, then "came out" as a nonbeliever in 2007. (He lost his 20th re-election bid five years later to fellow Democrat Eric Swalwell.)

Now that Stark is gone, Congress is out of open atheists, a group that makes up 2.4% of America, according to the Huffington Post. The head of the Secular Coalition for America told the Guardian that he knows of 27 congressmen other than Stark who are secretly atheist. "But we don't 'out' people," he said.

In a country where eight states still have laws on the books saying belief in the divine is necessary to hold any sort of office, it is any surprise that they don't feel comfortable professing their true (lack of) faith?