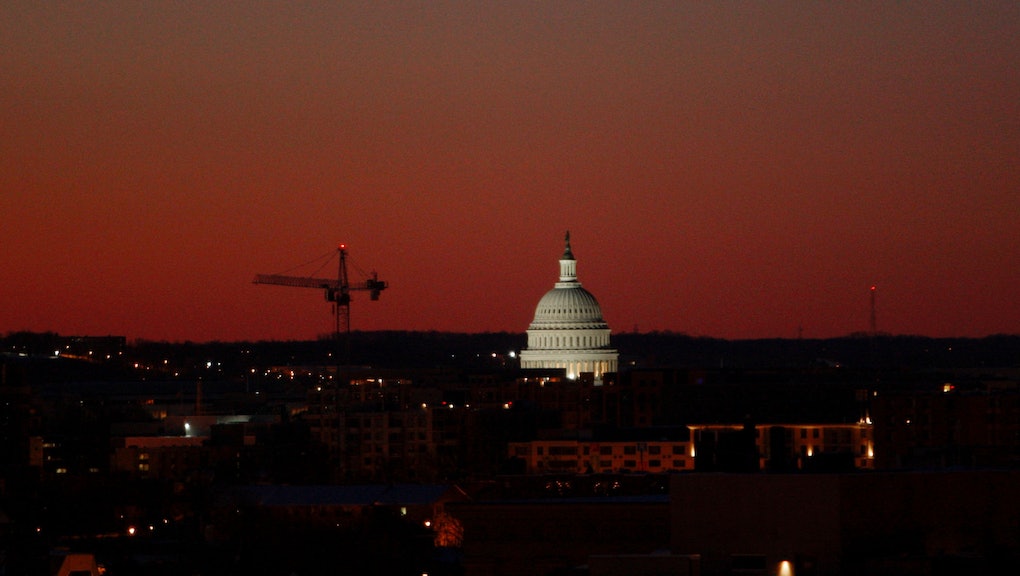 One Statistic Perfectly Captures Just How Dysfunctional Congress Is Today

The news: If you needed more proof that Congress is hopelessly broken, House Republicans have requested $3.3 million more to operate the select committee investigating the 2012 attack on the American consulate in Benghazi, Libya — about $300,000 more than the House Committee on Veterans Affairs.

That's right, a show committee whose sole purpose is to press a right-wing conspiracy theory designed to embarrass the president gets more in funding than the one which oversees the VA, which desperately needs serious reform in the wake of a scandal demonstrating that numerous VA facilities shafted veterans waiting for health care.

The money doesn't count as a new expenditure, since it's being pulled from legislative branch funds that have already been appropriated. But USA Today notes that since the committee began in May, its full-year equivalent budget would be more than $5 million, well above the $4.4 million House Intelligence Committee budget this year. The largest committees (Energy and Commerce, Oversight and Government Reform, and Transportation and Infrastructure) all have annual budgets somewhere around $9 million.

Are congressional priorities completely misguided? Americans generally seem to think so, with congressional confidence ratings the lowest ever at 7%. But at the same time, these political theatrics are apparently a pretty good distraction from the overall picture, because almost all incumbents retained their seats in this spring's primary elections.

Why is this happening? Congressional Republicans still think Benghazi is red hot, baby; they claim to need to hire about 30 staffers to assist the committee, and presumably need many of the rest to carry out important research. The unfortunate Veterans Affairs committee has historically been one of the least politically powerful in all of Congress, filled with junior representatives with little influence. The Huffington Post's Ryan Grim reported last month:

Because the committee has so few senior members, it has little access to congressional leadership, cable news, the White House or the various levers of power in Washington. It should be little surprise then that a powerless committee has found itself powerless to oversee the VA....The panel members' lack of experience also makes them less effective. "You have green and inattentive members on the committee, very few who are willing to conduct systematic oversight," said [Tennessee Rep. Jim] Cooper. "Most couldn't name senior officials below the secretary level. Most don't know how [the VA system] works. The warnings were not heeded."

Basically, veterans don't have effective advocates in Congress, while lots of people have a stake in getting a good victory jab in at the president. (Never mind the lack of evidence of any cover-up or the experts suggesting that the scandal won't really damage Obama or Hillary Clinton.)

Problems at the VA: While Congress is throwing money down the Benghazi rabbit hole, the VA could really use a little help. The VA is chronically underfunded, and the recently exposed problems are both widespread and old. Reports from the Government Accountability Office have indicated that horrible wait times have existed at the VA since at least 2000 and probably before. It still has no process for knowing whether clinics are providing timely access to mental health services, despite the estimate 22 veterans (or more) who kill themselves each day on average.

But by all means, keep funneling funds into that Benghazi thing.