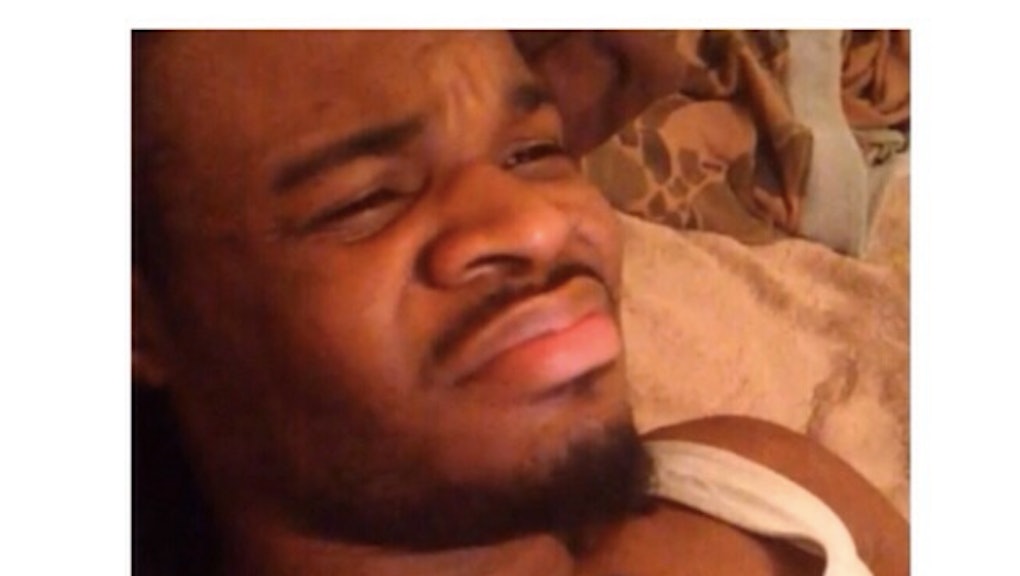 Rap used to be about the lyrics — the poetry — but anyone who's been listening to Top 40 rap now knows that's no longer the case. Already established MCs routinely phone it in, effectively Mad Libbing their way through raps about their own greatness. These laughably terrible raps have been gotten their own name: struggle raps. Check out Complex's annual "Worst Rap Lyrics" series, Rap Genius' version or #struggleraps on Twitter, and you'll see just how bad it's gotten. But if you really want to understand why popular bad lyrics are damaging to our culture, look no further than Emmanuel Hudson's Instagram account.

Hudson, an aspiring rapper and Instagram beast, is posting some of the best and most pointed satires of pop rap's "lyricism." He finds the worst of popular hip-hop lyrics, citing each with a biting caption that calls out rappers for everything from skewed understandings of physics to more pressing issues like the celebration of domestic violence. But this is more than just humor — Hudson is redirecting hip-hop to its roots, where the lyrics mattered more than anything else

First, you've got your basic misunderstanding of the laws of nature:

He ridicules the absurd, thoughtless and pointless:

And some of his memes actually provide a biting critique of hip-hop's most unfortunate tropes, as with this Drake lyric:

Or this one from 2Chainz:

This isn't just about the humor, though. Hudson's satire holds rappers to a higher standard of songcraft, responsibility and accuracy than we're seeing now. That matters because if hip-hop is to keep any of its social relevance, it needs to return to its roots.

Hip-hop's founders — people like Afrika Bambataa and Grandmaster Flash and groups like the Zulu Nation — intended the art form to empower and heal broken communities. They've recently been very vocal about how dissatisfied they are with the direction hip-hop culture is headed. The founders created a unique, accessible art form and subculture that would inspire listeners to love themselves, improve themselves and seek knowledge. But as Hudson proves, this is not even remotely modern rap's goal, even though all the same social problems exist now as before. Hip-hop has incredible educational potential, but its effectiveness in helping youth understand the way the world works and how to change it is squandered when so many rappers fill their bars with thoughtlessness. In a music that's all about the lyrics, that's inexcusable.

By helping push rap back into the right direction, where thoughtful and meaningful lyricism is still an important aspect of the music, Hudson is doing the work of a true MC. Perhaps the same way The Daily Show's pointed satire has changed the way our culture approaches news, Hudson's humor, too, can change the rap game.