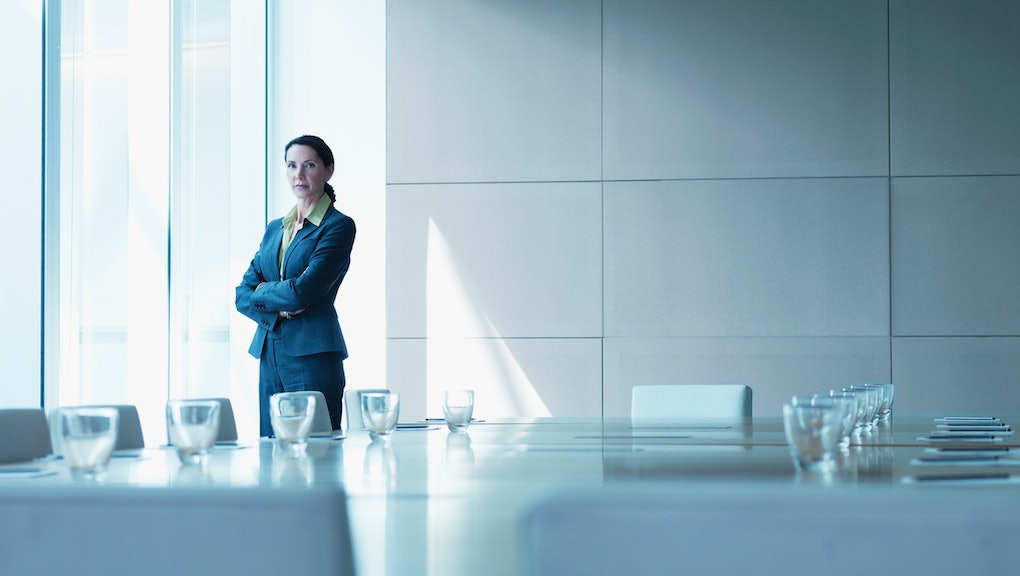 Companies With Female CEOs Have One Valuable Thing in Common

The news: Companies with women in charge saw returns that beat the rest of the stock market, and there's data to prove it.

A study from Fortune reveals that Fortune 1000 companies with female CEOs recorded an average return of 103.4% over the course of the female CEO's tenure. That's much higher than the 69.5% average return for the S&P 500 Index, which looks at the combined performance of the largest companies on the market.

Besides the numbers on average returns, the study also found that although only 5% of Fortune 1000 companies have female CEOs, they generate 7% of Fortune 1000's total revenue.

The best part? These numbers are likely to grow. Since 1998, the number of female CEOs in the Fortune 500 has been climbing. This year, it's at an all-time high of 24, compared with just two — Mattel's Jill Barad and Golden West Financial's Marion Sandler — in 1998.

Why are women-led companies seeing better results? It's difficult to pinpoint why female-led companies do better. These CEOs could be better at understanding their companies; they could have superior management skills, better judgement and luck.

In other words, their gender might be irrelevant: They could simply be better at their jobs.

But there are some indications that women have different, and possibly more effective, leadership skills than their male counterparts. A study in the International Journal of Business Governance and Ethics that surveyed more than 600 board directors found that women were more likely to use "cooperation, collaboration and consensus-building more often" to make choices. By comparison, men tend to make decisions by "using rules, regulations and traditional ways of doing business or getting along."

But we're still far from the golden age of women in power. The idea that a woman's success is due to her more inclusive decision-making tactics — whether or not it's true — should be viewed cautiously since these attitudes have often been used against women.

When women don't follow these habits of inclusiveness and cooperation, they tend to see harsher punishment. The recent examples of ousted New York Times executive editor Jill Abramson and former Le Monde editor Natalie Nougayrède are textbook cases. Nougayrède was criticized for her "top-down management style and an inability to build consensus," while Abramson was charged with "complaints from employees that she was polarizing and mercurial." Both, it appears, did not fit the mold of a "collaborative" leaders — and lost their jobs in the process.

The overall numbers paint a more dire picture. The proportion of women in business is still depressingly low, and the pay gap still lingers. According to researchers, female CEOs are forced out of their positions a third of the time, while men are forced out only a quarter of the time.

The takeaway: These new Fortune numbers are a very clear indicator that, given the opportunity, women excel in positions of leadership. This fact alone shouldn't be surprising, but it's important that we now have numbers to back it up.

Women of all stripes should have the opportunity to be successful in business — even the pushy ones.