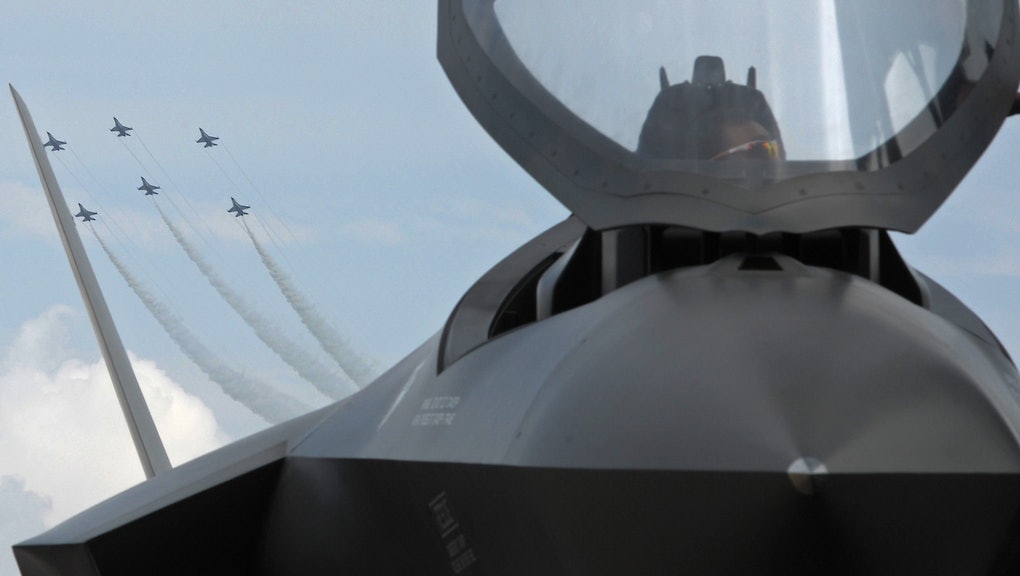 The F-35 Joint Strike Fighter is looking like a very costly mistake for the U.S. military.

How costly? According to an analysis by ThinkProgress, the money spent on the F-35 would be enough to buy every homeless person in the country a mansion.

The U.S. has spent nearly $400 billion on the jet, much more than anticipated thanks to breakdowns and cost overruns. (The price tag has gone up $7.4 billion since just last year.) That money could be used to buy a $664,000 house for everyone of the approximately 600,000 Americans who live on the streets.

The background: The F-35 started development in 2001, with plans to be operational by 2010. Contractor Lockheed Martin claimed it could develop about 2,800 of the jets for $233 billion, a number since changed to 2,400 for about $400 billion. Over its lifespan, the fleet is expected to cost the U.S. $1.5 trillion.

And about that 2010 deadline — the jets are currently seven years behind schedule. An air show debut was supposed to come this month, but even that’s in jeopardy after an engine caught fire during takeoff.

Other problems have included oil leaks, faulty tires and broken helmets. If you’re looking for outrage from lawmakers, though, don’t hold your breath. The F-35 receives bipartisan support, a status very hard to come by in today’s Congress. That’s thanks in large part to the fact that the jets are developed and built across 40 states. What representative is gonna say no to jobs and industry right in their backyard?

Other comparisons: Of course, mansions for the homeless aren’t the only expenditures the country could be making with the F-35 money. The $49 billion a year spend on the jet could fund all of the UN Office of Coordination for Humanitarian Affairs’ requested budget as well as all of UNICEF’s budget and those of even more disaster relief organizations, according to ThinkProgress.

Or, if education is more your thing, all that money could be used to pay for the school lunches of 55 million students for a decade. If you take the price for all of the F-35’s lifespan, you could completely close the country’s infrastructure gap laid out by the American Society of Civil Engineers.

But focusing on the hundreds of billions of dollars we’ve spent on a plane that doesn’t work may be too negative. Let’s look at the bright side — the F-35 is already up and flying in Hollywood action movies! If you went to theaters in the past few years, you may have seen F-35 jets get destroyed by the Hulk. Or destroyed by Zod. Or destroyed by Bruce Willis.