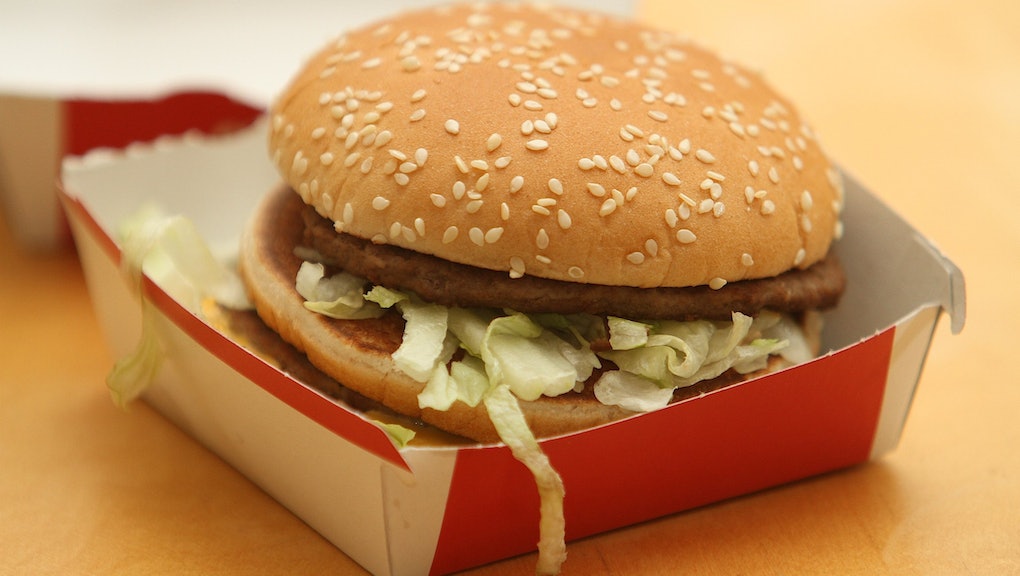 9 Food Ingredients Americans Love That Are Banned in Other Countries

If you're living in the United States, there's a pretty big chance that something that you've had something to eat lately that would be banned in many other countries.

There are ingredients in the most commonplace of foods – macaroni and cheese, Orbit gum and the bun of your Big Mac – that have been deemed too dangerous for consumption by health authorities around the world.

Brominated vegetable oil (BVO), a food additive used in Gatorade is banned in multiple countries based on health concerns led 15-year-old Sarah Kavanagh to start a petition to have it removed from her favorite drink.

The Food and Drug Administration (FDA) should help protect American consumers, but the agency has faced criticism in the past for neglecting to crackdown on dangerous additives.

"The FDA has been extremely lenient in evaluating food additives, and it's almost impossible to get the FDA to ban an additive once they have approved it," Michael Jacobson, from the Center for Science in the Public Interest told the Chicago Tribune. "It's just not as public health-oriented as it should be."

On the other hand, the European Union is much more vigilant about ensuring that harmful additives are kept out of the hands of consumers. Earlier this year, when a top EU official made assurances that a new trade agreement with the U.S. would not mean the U.S. would be able to export foods banned by the EU.

But food regulation is a complex topic, and the research is not always conclusive. And as Julie Jones, author of the book Food Safety, explained to ABC News, the decisions to ban certain ingredients often have as much to do with politics in the countries in question, as it does with science.

The FDA argues it  "uses an extensive, science-based process to evaluate the safety of food additives" and "continues to monitor the science on food additives and is prepared to take appropriate action if there are safety concerns."

It is nonetheless fascinating to see which ingredients and foods banned around the world you can find in the U.S. Here are a few of them:

This can be found in frozen meals and baked goods, like McDonalds' burger buns. Links to asthma, allergies and skin problems have been reported. The substance is banned in Australia, the UK and several European countries.

This mixture of chemicals (known as DPA) is what is used to make the apples that you buy at the grocery store particularly shiny. These chemicals are used to prevent fruit from blackening or browning while in storage. It has been reported that the "chemicals can break down and form nitrosamines, which are carcinogenic." DPA has recently been banned in the EU.

Studies have shown that food colouring Yellow #5, which can be found in products like macaroni and cheese, causes genotoxicity. It is banned in Norway and Austria.

This ingredient makes food dye and flavor stick to liquids, such as sports drinks. It is reportedly banned in over a 100 countries, because the vapors from the chemical bromine "can be corrosive or toxic." Coke and PepsiCo recently announced that they are working on on removing BVO from all their products, following a Change.org campaign.

This substance can be found in various types of bread, because it helps the dough rise and bleaches it. Some research has linked the substance to cancer, and it has been banned in the EU, Canada, Peru, Nigeria, Brazil, South Korea and China.

Genetically modified food is a controversial, much-debated topic. Proponents believe it is not dangerous and has a number of positive features, while sceptics worry about long-term effects among other things. In the EU, all GM foods must be labelled, but GM papaya is banned.

These food preservatives can be found in a number of products as diverse as cereal, gum, butter and meat. Studies have failed to establish a correlation between human exposure to these and cancer, but they are banned in the UK, Japan and several European countries.

Ractopamine is a growth drug given to pigs, cattle and turkeys. It has been linked to cardiovascular problems and hyperactivity in humans (and pigs), and is banned in the EU, China and Taiwan.