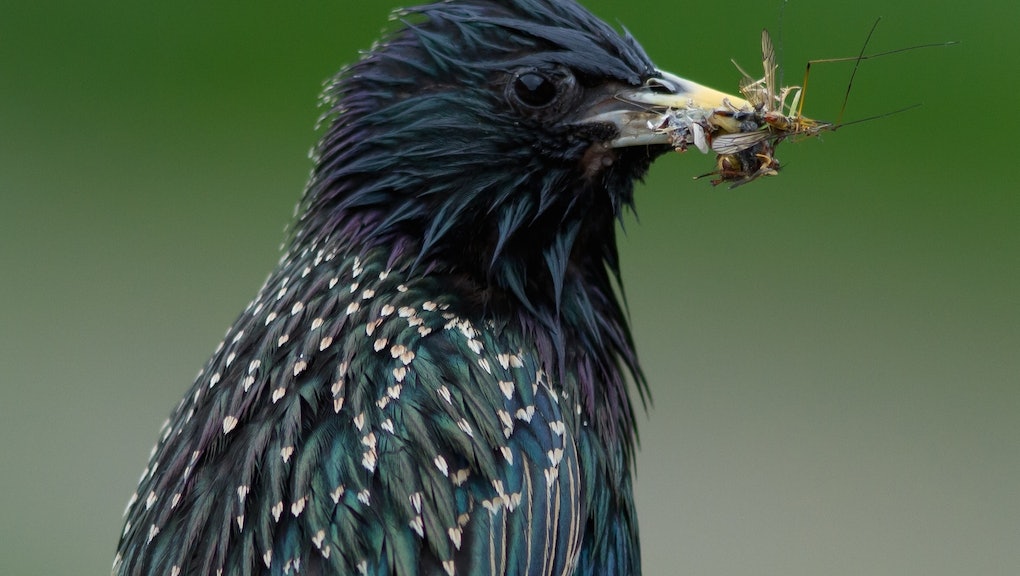 The news: Pesticides are having a widespread effect on the world’s animals, and bees may only be the first victim. The toxins are also wiping out birds — at an average rate of 4% each year.

Since 2006, when insecticides were first linked with the alarming drop in global bee populations, scientists have hypothesized that the effects of the poison could be more far reaching than the loss of a few million buzzing insects.

The new study, published in Nature on Wednesday, finds that to be exactly the case. Rather than staying on plants, the toxin spreads throughout the food chain, potentially harming hundreds of other species along the line, from insects to the final feeders — us.

The details: After studying 15 species of common insect-feeding birds, from barn swallows to starlings, the team of Dutch ecologists discovered that their populations plummeted in places where the pesticide was used at a rate of more than 20 micrograms per liter (a rate they say is widely exceeded in many parts of the Netherlands). The higher the pesticide concentration, the more severely bird numbers declined.

For many birds, the areas surrounding open farmland are a primary source of food. And because the toxins dissolve in soil and water, they don’t stay put on the farm, instead muddying nearby lakes and streams and creeping into the surrounding land. When birds eat insects that have been tainted with the poison, they are likely harmed as well.

While Dutch bird populations have been decreasing for decades (before the introduction of pesticides), the researchers noted that the declines they saw could not be explained by the pre-existing trend. “We looked very thoroughly for other factors that might relate to these birds’ decline,” Radboud University ecologist Hans de Kroon, who supervised the study, said in a press release. “Imidacloprid was by far the best explanatory factor for differences in the trends between the areas.”

Why it matters: Since the pesticide, called imidacloprid, was introduced in the Netherlands in 1995, its use on farms in the country has skyrocketed, from about 1,500 pounds in the first year to nearly 14,000 in 2004. In response to the vast amount of research linking the poison to declines in bee populations, the European Commission has agreed to place restrictions on the use of the pesticide until 2015.

In the United States, on the other hand, no such limitations are in place, and each year, more than 1.5 million pounds of pesticides (including imidacloprid) are sprayed on American farms. If current trends continue, U.S. farmers will use up to three times that amount by 2050.