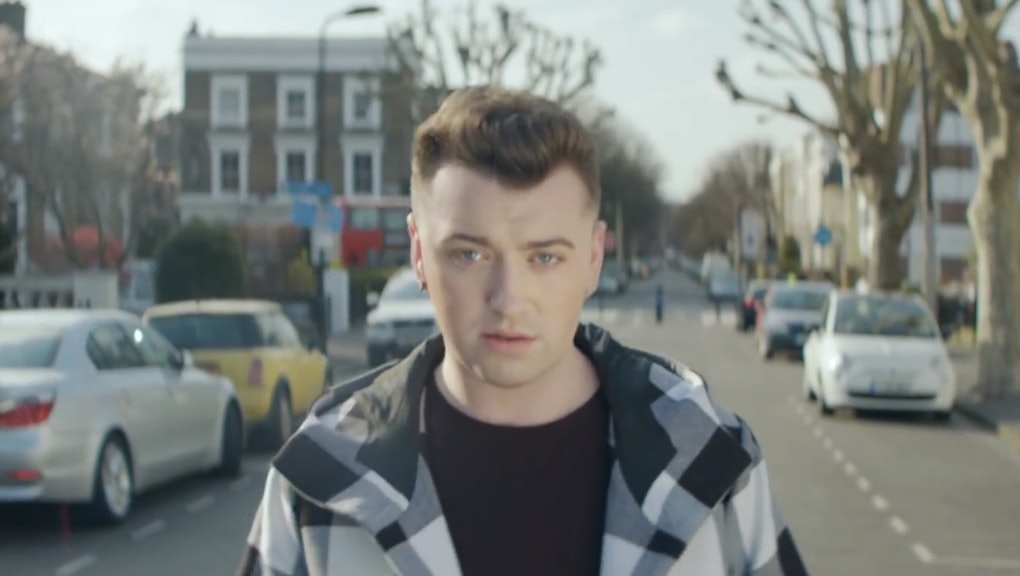 Sam Smith has been at the center of a lot of things recently. On the most basic level, his debut LP has put him in the dead center of the American Top 10. This week, he became one of the faces of the "new sad" movement in pop music. Just yesterday, the BBC named him fourth (one of three white singers in the top four) on their controversial list of the "Most Important U.K. Artists in the Black and Urban Music Scene." Most of all, though, he's been at the center of a heated — and somehow ongoing — discussion of what it means to be gay and popular.

This has gone on for more than a month now, but in all the hype we're missing the most important thing. It is important that a gay star has risen through the ranks in mainstream popular music, but what's most important is that Smith and his fans don't seem to think it's nearly as big a deal.

Smith's songs are filled with the same kind of heartbreak, longing and lovey-dovey choruses that have defined the pop genre for decades, but with an added twist: Smith sings about boys instead of girls. This is striking for the media and industry alike — as Matt Fishel's parodic "Radio-Friendly Pop Star" points out, the Top 10 has long preached that "girls like boys and boys like girls and that's the way it should be forever." But though Smith dares to challenge the binary (as in his music video for "Leave Your Lover," in which it is unclear whether Smith is pining after his close female or male friend), the most revolutionary thing about the pop star is that he cares more about what he's singing about than whom he's singing to.

When Smith came out to Fader Magazine this summer, it wasn't with the intention of making people gasp. He simply explained that the inspiration for his debut album, In the Lonely Hour, came from a guy whom he fell in love with last year who didn't love him back. But he acknowledged that this kind of divulgence by a pop singer is usually accompanied by some kind of statement or shifted focus to the celebrity's personal life. Smith told Fader, "Why is [my sexuality] a talking point? I'm singing, I'm making music, I'm performing my music — that's what should be the talking point. [...] It shouldn't be an issue, but it will be an issue. It's always an issue." If the continuous buzzing since is any indication, though, Smith's nonchalance was the most revolutionary statement he could make.

It's a revolutionary statement because his whole album is unself-conscious about its own identity politics. It's meant to be an album that speaks to everyone who goes through heartbreak and experiences unrequited love, no matter what their sexuality might be. This is a huge step for not only pop music, but pop culture in general. Smith's effort to not sensationalize his sexuality brings home the idea that any song can mean something different and equally legitimate to everyone. "Stay With Me" is about a one-night stand and how it affects the lonely-hearted, regardless of their gender. But he isn't just changing how we think about his music, he's opening up the pop canon to everyone; when you hear Whitney Houston's "I Want to Dance with Somebody" in a post-Smith world, it's easier to think of "feeling the heat" with a man or a woman — either one equally legitimate.

Just as everyone has a unique way of interpreting art or poetry, music is about more than its pronouns. Smith explains, "I've tried to be clever with this album, because it's also important to me that my music reaches everybody. I've made my music so that it could be about anything and everybody — whether it's a guy, a female or a goat — and everybody can relate to that." In the case of "Leave Your Lover," he believes that people should stop worrying about whom he is crooning about and focus on what he is crooning about.

R&B and hip-hop artist Frank Ocean took a similar stance after he revealed on his blog that some of Channel Orange was inspired by a man he fell in love with years ago. In "Bad Religion," "Pink Matter" and "Forrest Gump," Ocean refers to the one he loves as "him" rather than "her." After members of the media buzzed around the subject and threw out labels such as "bisexual," Ocean stressed that he doesn't want to elaborate beyond what he presents in his music. Ocean told GQ, "As a writer, as a creator, I'm giving you my experiences. But just take what I give you. You ain't got to pry beyond that. I'm giving you what I feel like you can feel." Both singers are taking a stand by not making a big deal out of their sexuality.

This is not to say that 22-year-old Smith doesn't understand what his album might mean to the gay community, though. In a radio interview, he was asked to give advice to gay people who are thinking about coming out publicly. Smith said, "Just be yourself. [...] To make it equal, we need to act equal. Everyone just needs to focus on themselves as individuals and do what makes them happy — and be brave. Listen to my record. It might help you."

In Smith's work normalizing sexuality, he may end up helping more than just one group of people: He could help an entire industry.