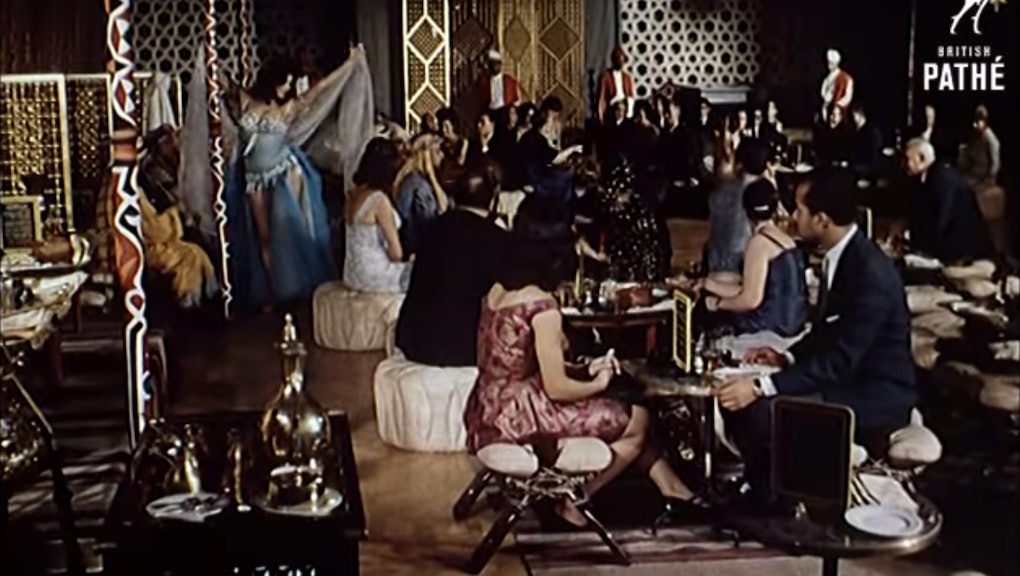 In the 1960s, Cairo was a very different place.

Egypt was known as the center of learning and intellect in the Arab world, and Cairo was considered a paradise of culture, conversation and contemporary arts: The city produced artful music and theatrical performances, penned insightful literature and made vibrant films that captured the hearts and imagination of people throughout the region.

"Here is where East and West get together, where ancient and modern mingle and mix," says the narrator of Cairo, one of the 85,000 vintage videos uploaded to YouTube by newsreel maker British Pathé. "Here is a place where you sense your ancient affinities while discovering that Cairo can provide you with modern distractions as well ... the Western way of life and the Eastern, meeting hand in hand."

At the time, Egypt went through its share of trials and difficulties, including the overthrowing of the Egyptian monarchy, a long history of oppression under colonial rule, subsequent dictatorships and regional conflicts including the Six-Day War with Israel.

Image Credit: AP. A demonstration in support of Egypt during the Six-Day War, 1967.

Still, Cairo remained a relatively peaceful city, building a name for itself during its golden age of cinema, television, literature, music and art in the 1960s. Some of the greatest and most beloved cultural artists of this era still resonate today, as powerful voices of everything Egypt has to offer.

Sadly, that golden age of the Hollywood of the Middle East has long since passed.

Today, some of its most famous stars often face imprisonment or public defamation for various reasons ranging from "offending Islam" to "committing on-air adultery," stifling creative artists across the country.

"We are not demanding the president prevent Islamists from expressing their opinions, but we need laws to protect arts and our freedom of speech as well," said Egyptian author Abdel Meguid. That hope seems like a far cry in today's Egypt as citizens face "police abuse and impunity, restrictions on freedom of expression, association and religion, and limits on the rights of women and workers," according to Human Rights Watch.

The nostalgia and memory of a different period remind locals and people across the globe that there is more to Cairo than just revolutions, political unrest or the pyramids. These vintage images remind us of the region's amazing culture and beauty during its golden years: