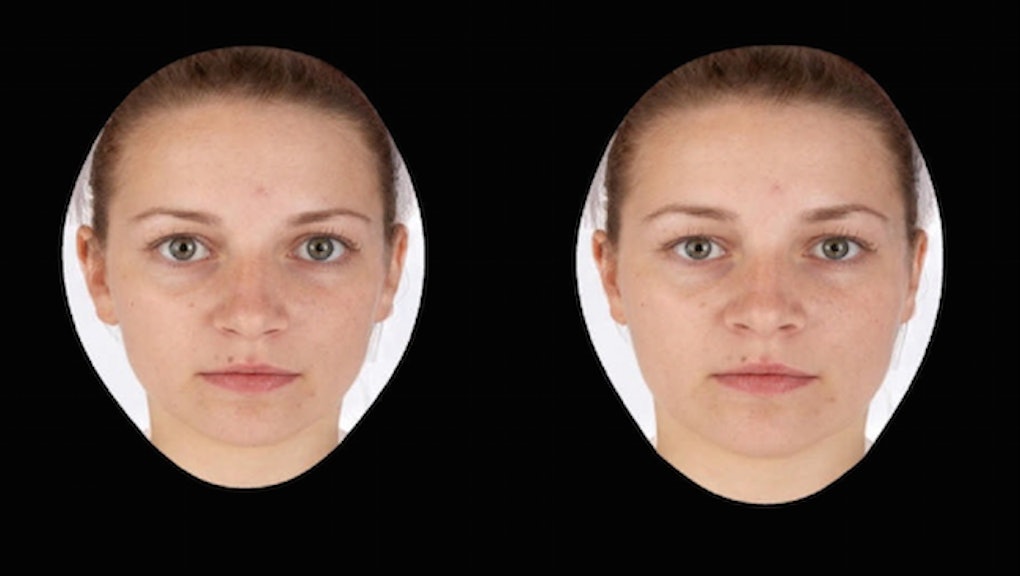 The Internet Is Screwing Up Your Perception of Beauty

Breaking: Looking at hot people on the Internet may influence what you think is hot in real life.

A new study out of the University of St. Andrews has found that people with Internet access are more likely to find masculine men and thin women — i.e. those who better conform to western beauty ideals — more attractive.

The study, published this week in the journal PLOS One, should surely be vindicating for body image activists who have long-argued that bombarding people with homogeneous, unrealistic ideals of beauty can impact what physical traits we value in real life.

According to authors Carlota Bartres and David Perrett, previous studies that measured people's "face preferences" have failed to properly explore the opinions of those in developing countries with limited Internet access — a  slight that has skewed cross-cultural comparisons of beauty standards.

To account for the discrepancy, researchers worked in El Salvador, where 74% of residents lack Internet access. They asked study participants aged 18-25 to rank the attractiveness of men and women who displayed varying degrees of masculinity, femininity and adiposity (body fat).

In communities where Internet use is common, participants overwhelmingly favored masculine men and thin, feminine women. Participants who do not regularly use the Internet, on the other hand, were more likely to find feminine men and masculine, heavier women attractive.

Correlation is not causation, but the results clearly suggest that media messages matter. Bartres and Perrett posit that increased exposure to things like online advertisements is one possible explanation for the differences. This conclusion makes even more sense when considering that those who had Internet access were also more likely to have a television in their homes, and therefore were more frequently exposed to the specific beauty ideals promoted by the entertainment industry.

The findings also may reflect pre-existing preferences, as they align with other literature focused on the connection between people's ideas of attractiveness and their economic and environmental circumstances. Perrett said in a news release, "Our findings are consistent with previous literature that has found that heavier figures are considered more attractive in poorer and rural areas."

Ultimately, however, the study highlights how arbitrary beauty standards really are, as well as the importance of ensuring meaningful diversity in the media. The cultural emphasis on female thinness can have particularly dangerous consequences, including an uptick in body dissatisfaction among increasingly younger groups. One recent study out of Australia, for example, found that children as young as 8 years old are unhappy with the way they look, and half of them take steps to control their weight. Dr. Renee Engeln, a psychologist and director of The Body and Media Lab at Northwestern University, told the Huffington Post, "[T]he more we see these types of images (whether on the Internet or in magazines or television shows), the more we tend to buy into the notion that thinness is a key indicator of beauty in women."

Despite the emergence of wonderfully diverse shows like Orange Is the New Black, media by-and-large continues to promote an extremely narrow definition of beauty. Perhaps further studies like this will convince those working behind the scenes to be more conscious of including a broader range of body types.