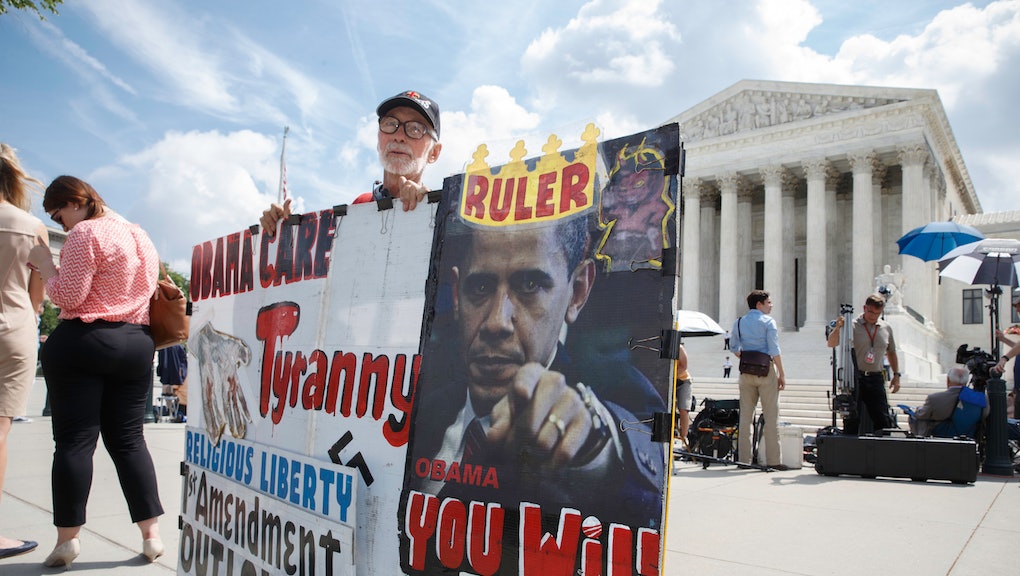 Study Reveals the Unintended Effect of All Those Anti-Obamacare Ads

They say no publicity is bad publicity. It's a lesson conservatives maybe should have learned before the Obamacare fight.

A new study finds that anti-Obamacare ads actually helped enrollment, likely because many citizens may not have been totally aware of the health care reform in the first place. The more anti-Affordable Care Act spending there was in a state, the higher that state's enrollment was — and that's controlling for other factors like per capita income and average insurance premiums.

"This implies that anti-ACA ads may unintentionally increase the public awareness about the existence of a governmentally subsidized service and its benefits for the uninsured," wrote Niam Yaraghi, the study's author.

How it works: Yaraghi started by calculating ACA enrollment ratios — how many citizens of each state signed up for Obama care divided by how many potential enrollees there were. He then figured out per capita spending on anti-ACA ads but dividing ad spending by a state's population.

(Vermont and D.C. were left out of the final study thanks to their outlier status — nearly half of all potential enrollees in Vermont signed up for Obamacare, while ad spending in D.C. was close to a dollar per resident.)

The outcome had another correlation: States that had more ad spending also had more residents who thought Obamacare would be repealed in the near future. So perhaps Republicans were swayed by the ads to think repeal was more likely, while independents were swayed to sign up. Or maybe not — it's just correlation, after all.

In a different study, about three quarters of self-identified conservatives who had purchased a health care plan under Obamacare was actually pleased with it.

The rate of uninsured young adults has declined by 28%, and 58% of people who signed up for Obamacare say they're better off. It all adds up to millions of Americans who finally have health insurance — thanks, maybe in some small part, to a bunch of commercials run by people who didn't want them insured.