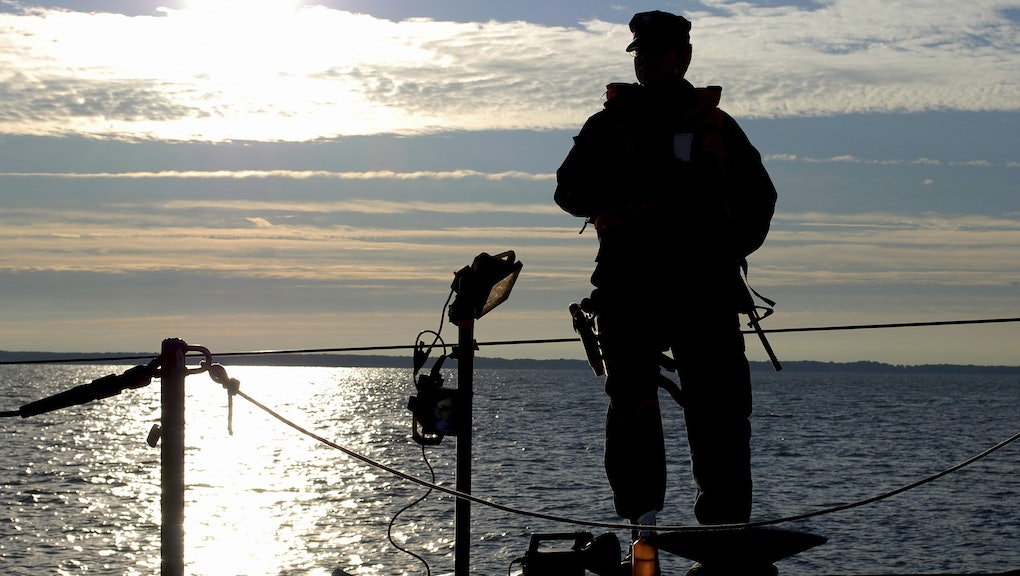 The news: In a recent op-ed for The Pittsburgh Post-Gazette, Rear Admiral David W. Titley writes that the U.S. military now fully acknowledges that global climate change is an "accelerating threat to national security."

Titley, who used to be skeptical about the science behind climate change, serves on the Military Advisory Board (MAB), an elite group of retired three and four-star officers from all branches of the military. He now says that a changing climate is one of the U.S. military's greatest long-term challenges and that the proof is scientifically irrefutable:

"The changing climate is already serving as a catalyst for conflict. Consider, for example, the severe drought in the years leading up to the civil war in Syria. The drought didn't cause the war, but it certainly served as a destabilizing factor."So we'd look at, for example, rising sea levels. This century, global sea levels are projected to rise several feet. Naval bases and installations around the world — along with the communities that support them — will be affected, and we need to plan for that."Climate change affects military readiness, strains base resilience, creates missions in new regions of the world and increases the likelihood that our armed forces will be deployed for humanitarian missions. In many cases it also threatens our infrastructure and affects our economy. And our continued reliance on the fossil fuels whose consumption leads to climate change ties our nation's hands on the world stage and tethers us to nations that do not always have our best interests at heart."

Admiral Titley calls out political complacancy as the biggest obstacle to combating this threat: "Over the years, scientific findings on climate change have built to the point where we simply cannot afford to ignore them. And this is true no matter what your politics might be. The climate doesn’t care about politics."

Since then, the military has steadily released more reports indicating that climate change is a serious long-term threat to America's stability and national security. The 2014 report from the MAB indicated that "the volatile mixture of population growth, instability due to the growing influence of nonstate actors, and the inevitable competition over scarce resources will be multiplied and exaggerated by climate change."

Change we need: High-level military officials agree that the armed forces will have to prepare for the coming onslaught, whether it's preparing naval bases for rising sea levels, determining what will be needed for disaster relief, or strategizing for future conflicts.

However, irresponsible members of Congress are still perpetuating dangerous misinformation about climate change — virtually all of them Republican. Whether it's calling current climate changes part of a natural cycle, arguing that there's no connection between human-produced CO2 and global warming or denying that the globe is really changing at all, these congresspeople are ignoring a stark reality that the military has already concluded needs to be dealt with.