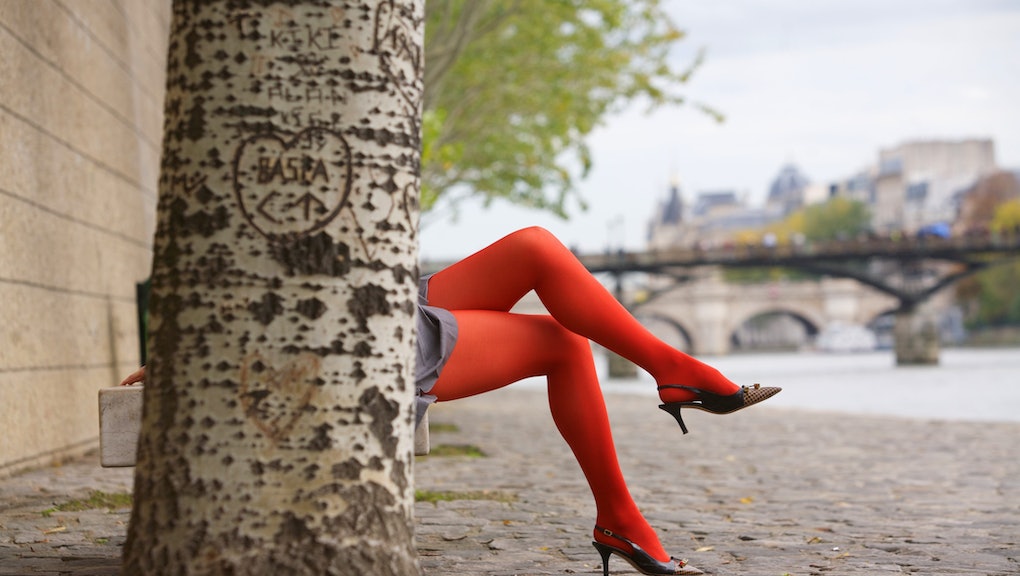 An Unusual Thing Happens When Women Wear the Color Red

The color red really is super sexy. Studies have demonstrated that men think women wearing red are more sexually attractive, and it works for men as well. But there may be more than meets the eye.

A study published in the Personality and Social Psychology Bulletin by University of Rochester psychologist Adam Pazda found that "women perceive and behave toward other women in red as if these other women are actively advertising." In other words, women in red are seen as a threat to other women.

The studies: Pazda and his colleagues reviewed three experiments conducted around the world. In one, 196 women viewed a photo of a "moderately attractive woman in her late 20s." One group saw her wearing red, while the other saw her in white. Afterwards, the participants were asked a series of questions about their perceptions of the woman pictured. Those who saw her in red saw her as more sexually receptive. Another test with 143 women said they would be less willing to introduce the woman in red to their boyfriends. Women in red were also seen as less faithful in relationships.

Any explanation? Scientists really aren't sure why red is so suggestive, but they've repeatedly demonstrated that it is. Plenty of scholarly work ties humans right into the allure of red. One study from the University of British Columbia found that women were more likely to wear pink or red at peak fertility. A study by French researcher Nicolas Guéguen concluded that men thought women wearing red were more sexually available, while another found that men directed more intimate questions towards them. Non-human animals are attracted to red too — just look at babboon's big red butts or the red spots on a finch's cheeks.

Why you should care: For the love of god, please save your sexist "woman spurned" jokes (and please don't bring up bulls). That said, there's a few good takeaways here.

New York magazine suggests that "You'll turn heads in that red dress, but don't be surprised if you make a few enemies, too." Pacific Standard notes that women should probably be aware that they could unintentionally be sending a signal towards other people.

It's very possible that many women will treat this news as a little "duh," though. The color red has long been associated with perceived promiscuity.