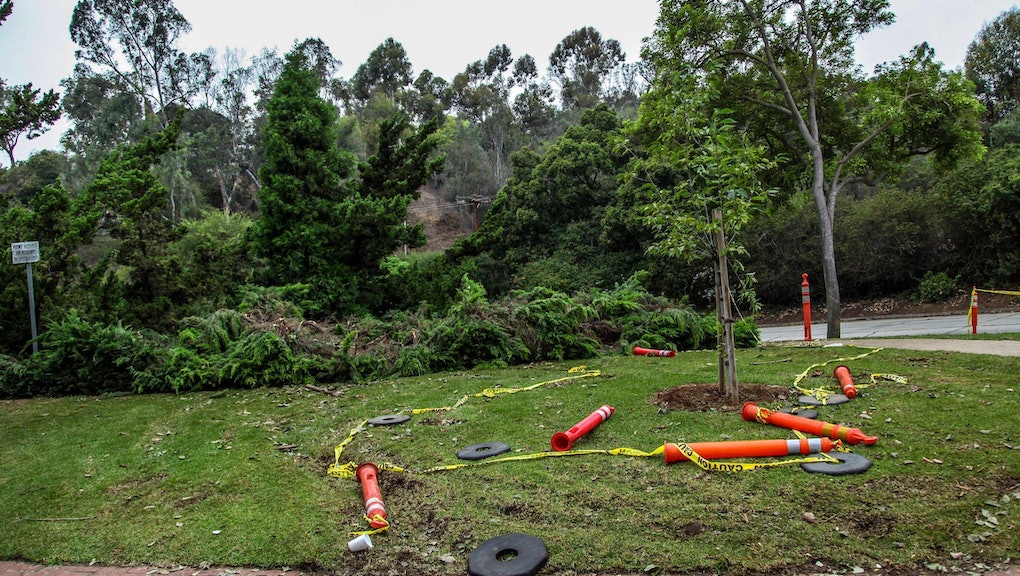 Good intentions gone wrong: Popular game/Twitter account/social experiment Hidden Cash left money in a park in Whittier, Calif., and a horde of money-hungry locals went whole hog trying to find the bills, tearing apart much of the park in the process. A Reddit user snapped photos of the aftermath, saying about 800 people showed up to find the money. The results weren't pretty.

The background: Hidden Money is the creation of Jason Buzi, a San Francisco real estate investor and self-described member of the 1%. The aim is certainly noble — he wants to bring people together by passing along money that he and his rich friends can spare.

This wasn't exactly a gold rush. Cash is generally hidden in increments of about $100, and plenty of participants are going home empty-handed.

Chaos. As more and more people come out for the cash, the park started to pay the price. Despite Buzi's best efforts to self police, not everyone ends up following the spirit of the game.

When hundreds of cash-hungry people descend on a park, is it up to Hidden Cash to make sure things aren't damaged, or the participants? Does the city just end up having to foot the bill for clean-up and damage?

The answer is not readily apparent. Hidden Cash may have been created with nothing but good vibes, but there has to be a more responsible way to bring people together.