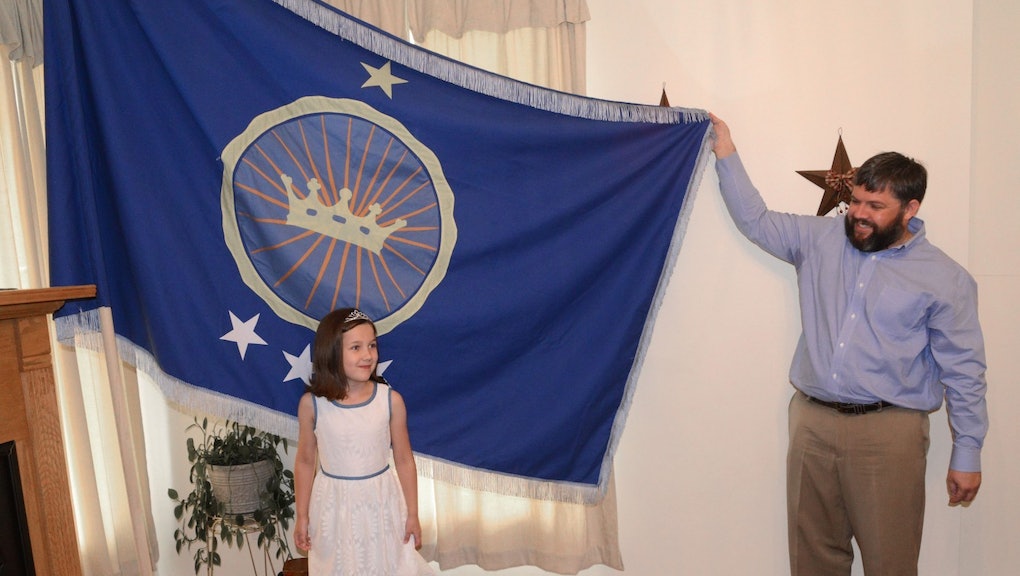 Dreams really do come true. At least, in the case of 7-year-old Emily Heaton, who is now a princess of her very own proclaimed territory. Jeremiah Heaton, Emily's father, is the self-described king of an 800-square-mile desert patch that the Heaton family calls, the "Kingdom of North Sudan."

Heaton, a Virginia man, decided last year to make his daughter's wish of becoming a princess into reality. "I founded the nation in love for my daughter," Heaton told the Washington Post.

Heaton searched online for unclaimed land, which led him to Bir Tawil, an arid region left unclaimed by both Sudan and Egypt after a border dispute. The father of three eventually got permission from Egyptian authorities to travel to the area.

The idea for a new nation: Last year, after playing with Emily, Heaton realized how hell-bent she was on becoming a princess. And instead of giving her false hope or hitting her with a reality check, Heaton was inclined to grant her wish.

On Emily's seventh birthday, June 16, Heaton planted a blue flag emblazoned with a crown and four stars in the desolate desert of Bir Tawil, deeming it a new nation.

Is the "Kingdom of North Sudan" recognized internationally? No, not yet. Besides his family-designed flag and proclamation, Heaton will have to go through a few more steps before the international community approves this new African sovereignty.

To legitimize the nation, Heaton needs the neighboring countries, the United Nations or other groups to give their legal recognition. He's confident that the African Union will welcome him and the "Kingdom of North Sudan," even though he and his family have never lived in the African nation.

For Heaton, planting a flag was similar to how several other countries have historically claimed land ownership, including the United States. According to Heaton, this "act of love," not imperialism, will lead him to establish healthy relationships with Egypt and Sudan.

Especially, because he plans on seeing this mission all the way through. Emily wants to make the "'kingdom' into an agricultural production center," and Heaton is dedicated to that vision. If he's as determined with the second part of Emily's dream as he was with the first, the dry patch formerly known as Bir Tawil could have a very bright future.