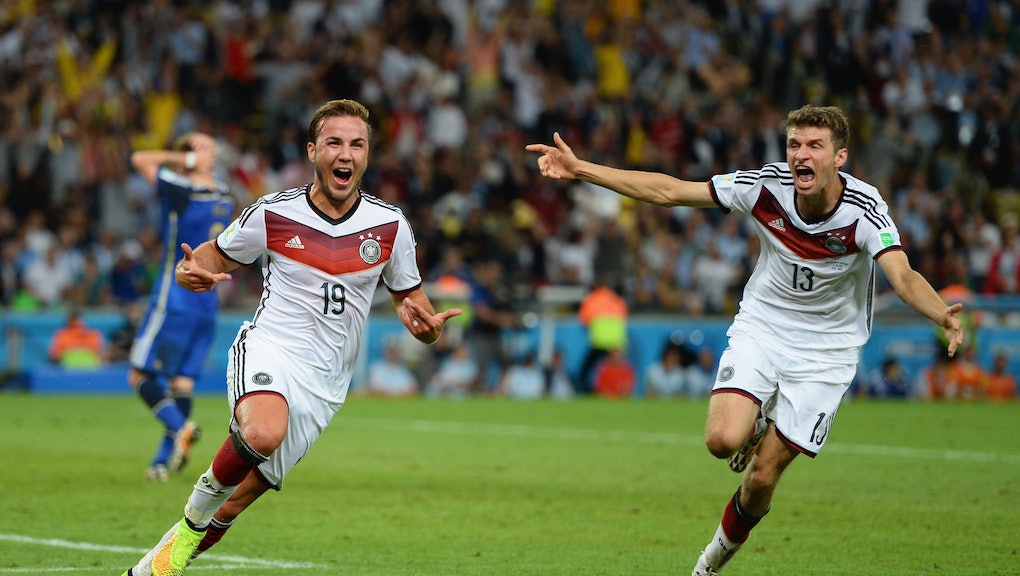 Mario Götze has ended Germany's 24-year wait for a fourth World Cup title, scoring the winning goal to lift his team to a 1-0 win over Argentina in Sunday's World Cup final at the Estádio Maracanã in Rio de Janeiro.

The 22-year-old attacking midfielder broke a scoreless tie in the 113th minute when he cradled a gorgeous cross by André Schürrle and took one touch before pounding a left-footed volley past Argentine goalkeeper Sergio Romero inside the far post.

Götze had entered the game as a substitute for Miroslav Klose after the teams ended regulation deadlocked at 0-0. The fresh legs did not take long to make a difference.