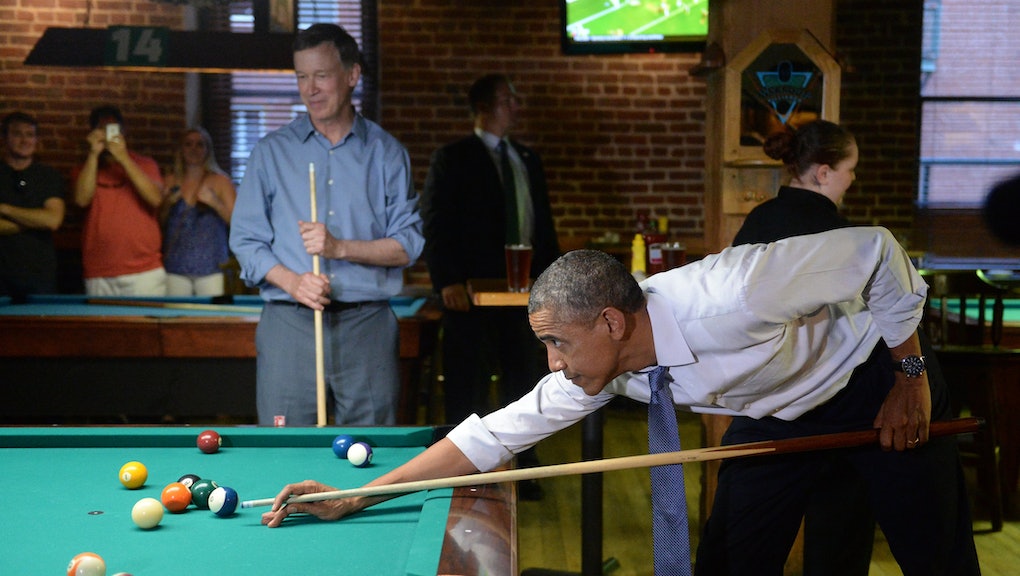 President Obama Spent the Weekend Hustling the Governor of Colorado

The news: Apparently, President Obama is quite the hustler. Appearing at the National Governors Association conference in Nashville, Tenn., Obama beat Colorado Gov. John Hickenlooper in his latest "action" of the year.

Hickenlooper said he was totally tricked in the last stages of a one-on-one game with POTUS. At first Hickenlooper was doing well, telling reporters that he was even considering letting Obama win.

They played again, that time for money — double or nothing with $20 in the pot. Obama demolished him.

Obama was apparently a good sport about it, refusing to take the $20 and advising him to "find a good charity."

That leaves us with two options: Either the president is really good at pool, or Hickenlooper is really terrible at it. Obama is also well-known for playing basketball, but apparently he's more skilled at pool than he is on the court. In 2012, New York Mag suggested that he was better at claiming skills in basketball than actually following through. In April 2013, he only made two of 22 shots at the White House's Easter Egg Roll, in what was probably a pretty embarrassing morning.

If you're interested in the game itself, here's probably how it all went down: