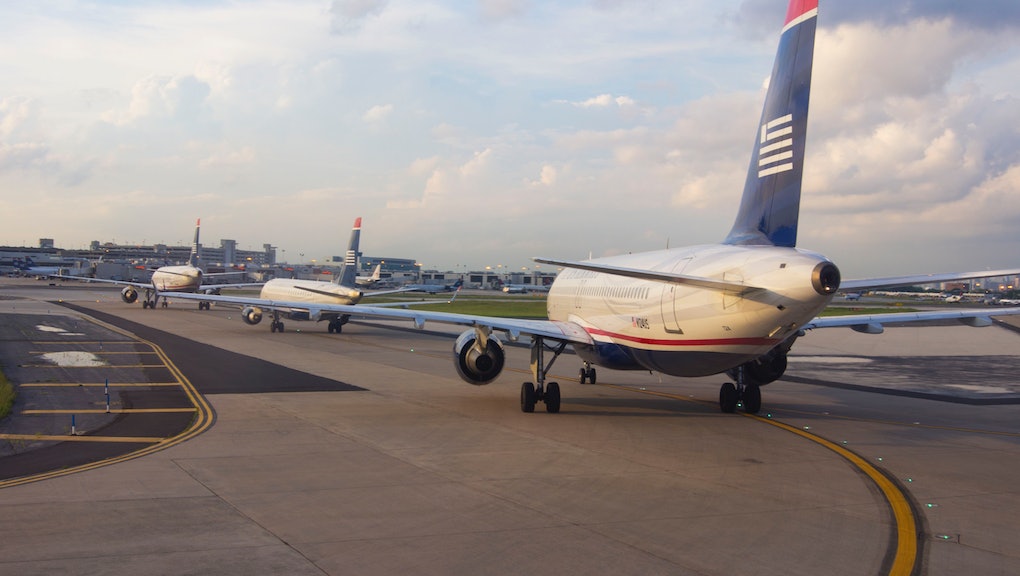 The news: For centuries, theaters such as Shakespeare's Globe have allowed "groundlings" to get standing-only tickets at a discounted price — but would that idea work on commercial flights?

That's the question behind a new study published in the International Journal of Engineering and Technology, which examines how low-cost airlines can keep operational expenses down and compete with each other. One of the simplest suggestions is just to get rid of some aisle seats and install a standing-room section.

How does it work? According to the study's authors, adding a standing-only section will allow budget airlines to carry 20% more passengers, allowing them to offer up to 44% discounts compared to airlines that offer big, comfortable chairs.

In order to meet aviation safety requirements, passengers would stand leaning against a board, with a safety belt strapped across their body and over their shoulders.

Will people actually do this? The idea of squeezing in extra seats on an airplane is nothing new; airlines in Ireland and China have already looked into the possibility of standing-only sections. But while execution and safety remain important concerns, the biggest issue standing in the way might be the passengers themselves.

"Airline customers ultimately determine what works in the market, voting with their wallet every day," Jean Medina, a spokesperson for Airlines for America told the Los Angeles Times, "and comfort is high among drivers of their choice."

While a standing-only section might not be a viable possibility for transatlantic flights, it is not a far-fetched option for trips of shorter duration; anyone who has ever been stuck in the subway pressed against sweaty passengers for an hour will already have a head start on building up patience and stamina for this.