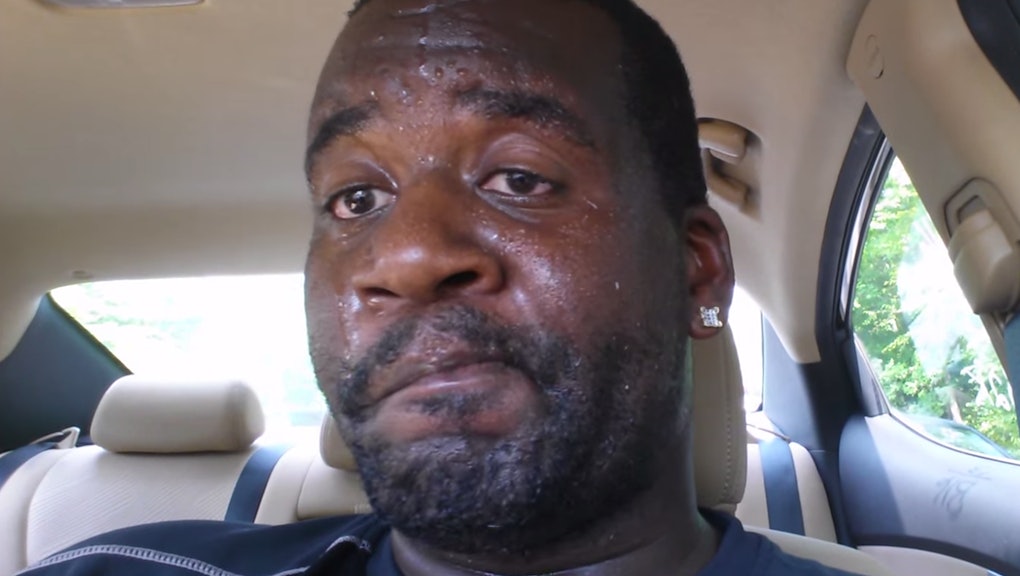 It's 90 degrees outside and a father of three, Terry Bartley, gets into his car, rolls up all the windows, and sweats bullets for the next 12 minutes. Why? "Cause I want to know how it feels to be left in the car," Bartley says glaring into the lens of a self-made video, "sitting in the back seat, strapped into a car seat with the windows up and doors probably locked."

Towards the end of the clip, he continues, "I can barely breathe out here, but my system is stronger than these little kids' systems."

But even he could not endure the heat. Bartley's viral video makes a clear point: hot cars are insufferable and deadly and no adult, child or pet should be left trapped in them.

Why did Bartley make a video? He wanted to issue a "Hot Car Challenge" in response to reports about Cooper Harris, a toddler who died after being left in a car for nine hours on a 90 degree day. That incident is not the first time heatstroke led to a child's death this year. So far in 2014, 17 children have died from heatstroke after being left in a hot car with the windows rolled up, according to Kids and Cars.

Advocacy groups and PSAs are sprouting to raise awareness about the problem. And hefty criminal charges are becoming protocol for parents or pet-owners that are responsible for a hot car death.

Rising temperatures inside a vehicle: Vehicular heatstroke is not actually on the rise, though. "Last year on the 6th of July we had already had 20 [deaths] and this year we have 15," Jan Null, a meteorologist who tracks child heatstroke deaths, told USA Today.

Annually, an average of 38 children die from being trapped inside a hot car, according to Null. In 2013, 44 people died total, and the highest death toll recorded was in 2010 when 49 people passed from vehicular heatstroke. So while the matter is not necessarily worsening, it is still disconcerting.

A lesson learned. Bartley's challenge has spread. More than 1 million people have seen his video and many others have chimed in and chronicled their painful attempts at sitting in a hot car.

Bartley's video captures exactly what's wrong with vehicular heatstroke deaths in the U.S. A grown man can not tolerate a car as it acts as a microwave in 90 degree weather and biologically, humans and animals should not be forced to weather that experience to begin with. By raising awareness about what the process is like, Bartley's lesson is reading loud and clear.